Chennai Super Kings will travel to Subrata Sahara Stadium and look to exact revenge on Pune Warriors India in the 42nd match of the Indian Premier League (IPL) on Tuesday. 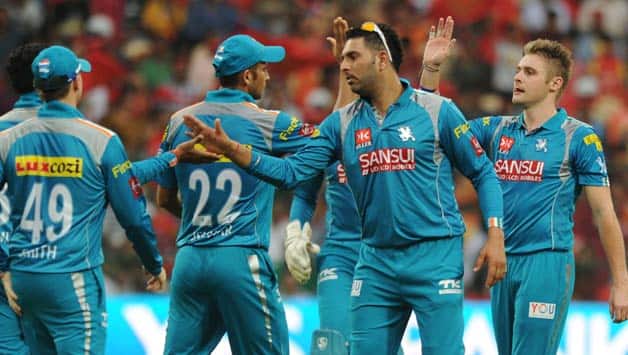 Pune Warriors India (above) will be hoping to beat Chennai Super Kings, the table-toppers, at Subrata Sahara Stadium, Pune on Tuesday © IANS

Chennai Super Kings will travel to Subrata Sahara Stadium and look to exact revenge on Pune Warriors India in the 42nd match of the Indian Premier League (IPL) on Tuesday.

Pune are precariously placed at the bottom of the table. Nothing seems to be working for them. If at the start of last week the problem was middle-order batting; death bowling has become their pet-peeve now. On Sunday, against the Delhi Daredevils, Pune leaked 63 runs off the final five overs.

The openers — Aaron Finch and Robin Uthappa set up a good foundation for the run-chase but Pune fell short of the target by 15 runs, that too after losing only four wickets.

For starters, Pune should find a way to give their hitters more number of balls to face. Steven Smith should come up in the order; Pune management should not waste him by making him bat at the time when game seems lost. Abhishek Nayar batting at No 7 is too low.

Pune lacks consistency as a unit as far as bowling is concerned. Bhuvneshwar Kumar is the leader of the pack. He has been bowling well for Pune with the new ball. Kane Richardson bowled well in patches against Delhi and against Chennai he might get another opportunity. Yuvraj Singh has been under bowled. Pune should look to get more overs from him since his slow left-arm bowling can prove to be incisive.

Chennai will be confident after they defeated defending champions Kolkata Knight Riders at Chennai on Sunday. Michael Hussey (95), Suresh Raina (44) and Wriddhiman Saha (39) starred with the bat. The clinical display with the bat ensured that Kolkata were always doing the catch-up work.

Chennai bowling looked rusty for most part of the innings on Sunday, but they prevented Kolkata from scoring 201. Mohit Sharma bowled four overs at the start and gave away only 23 runs. Chris Morris bowled a superb last over and has promised a lot. Dwayne Bravo has been Dhon’s “go-to man” especially in the final overs.  Dirk Nannes had an off-day; it will be interesting to see if he is given yet another chance against Pune. Ravichandran Ashwin and Ravindra Jadeja- the spinning options have the ability to put the brakes on the scoring rate as well as pick up wickets.

The battle on Tuesday looks like a David versus Goliath contest. Pune are at the bottom of the table, whle Chennai are leaders at this point in time. Chennai, on current form, look red-hot favourites. But Pune are a mercurial unit and it would be preposterous to count them out. Besides, with very little to lose, Pune will be looking to play positively. 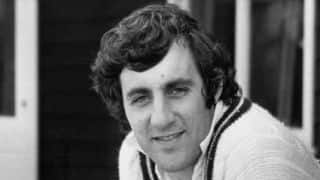 Mike Brearley and the art of captaincy