Kolkata Knight Riders will host beleaguered Pune Warriors India in the 65th match of the Indian Premier League (IPL) 2013 in the JSCA Stadium at Ranchi. 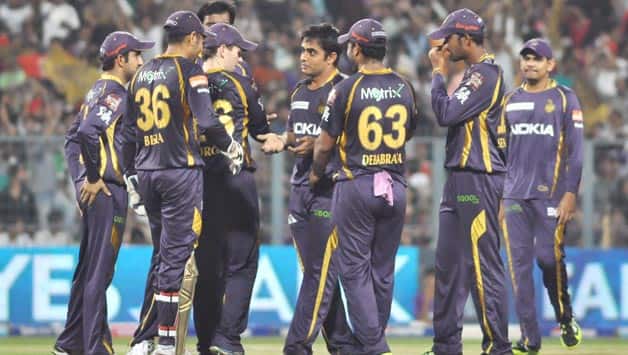 Kolkata Knight Riders will host beleaguered Pune Warriors India in the 65th match of the Indian Premier League (IPL) 2013 in the JSCA Stadium at Ranchi.

In the previous game on this venue, Kolkata employed their slow bowlers to good effect and troubled the star-studded Royal Challengers Bangalore restricting them to 115 off 20 overs before winning the game by five wickets. The defending champions still have a mathematical chance of qualifying for the knockoffs albeit a slight chance. The qualification rests on a straight forward premise: Kolkata have to win their remaining three matches by a big margin and hope that Bangalore and Sunrisers remain on 16 points.

Kolkata will rely on their spin duos – Sachithra Senanayake and Sunil Narine. Narine is the leading wicket taker (Purple cap holder) and his mystery might play an important role against Pune Warriors. Ryan ten Doeschate will certainly play after his handy contribution against the same opponents last week. Jacques Kallis has had a bad run in the competition. Yet the team management is backing his experience as the veteran is a classic all-rounder.

Gautam Gambhir and Manvinder Bisla at the top of the order haven’t really fired. Gambhir came back in form after scoring a measured half-century against Pune. One of Kolkata’s biggest concerns is Yusuf Pathan’s form. The million-dollar and has flattered to deceive and that has severely affected the team. Manoj Tiwary will be expected to play an important role in the middle-order.

Pune Warriors’ campaign is in shambles. They have lost nine consecutive matches and overall 12 losses have resulted in the 14 games they have played so far. The reason for the losses is the lack of co-ordination between the batting and bowling. The bowling has not been able to sustain pressure while the batting is failing on the tactical front.

Robin Uthappa is in good form. But Pune are concerned about Yuvraj Singh’s form. He has not really fired in the competition and the middle-order’s show has been inconsistent. The conundrum of fielding four foreign players lurks on Pune. The settled combination in the remaining two games might give Pune some solace before the tournament ends.

Ajantha Mendis might be Pune’s trump card on a slow Ranchi wicket. Angelo Mathews, Mitchell Marsh and Aaron Finch might be the remaining foreign players.

Pune will expect to end the tournament on a high and be party poopers for Kolkata Knight Riders.