Bihar association wants the 2013 betting reports to be handed over to the Justice Lodha committee.

New Delhi: The Supreme Court will on Friday hear Cricket Association of Bihar’s (CAB) plea seeking handing over of Justice Mukul Mudgal committee’s investigative report into allegations of betting in the 2013 Indian Premier League (IPL) to the Justice Lodha committee. The Lodha committee is now examining reforms in the working of the Board of Control for Cricket in India (BCCI) to make its functioning transparent. The Cricket Association of Bihar (CAB) is not recognised by the apex cricketing body BCCI. READ– Ashes 2015: Stuart Broad enters record books, emulates Ernie Toshack

Directing the hearing of the CAB application on Friday at 2.00 p.m., the apex court bench of Justice T.S.Thakur, Justice V. Gopala Gowda and Justice R. Banumathi asked why was CAB asking for the report to be handed over.

CAB said a better appreciation of malfunctioning of the apex cricketing body would help the Lodha committee in suggesting administrative reforms required to revive the image of cricket, and keeping BCCI away from another scam.

The committee had also slapped a lifelong ban on former CSK official Gurunath Meiyappan and Royals co-owner Raj Kundra from the affairs of cricket in the country for their role in betting.

The Lodha committee was set up on January 22 by the apex court bench of Justice T.S. Thakur and Justice Fakkir Mohamed Ibrahim Kalifulla to decide the quantum of punishment that had to be awarded to former BCCI president N. Srinivasan’s son-in-law Meiyappan and Kundra for their involvement in betting during 2013 IPL.

The court had also asked Justice Lodha committee to look into the activities of BCCI official Sunder Raman in the matter. This issue is still pending as his role is still being investigated. READ– Sreesanth: Want my daughter to know me as cricketer, not terrorist

The court also asked the Lodha committee to examine and consider amendments to BCCI’s memorandum of association and the prevalent rules and regulations for “streamlining the conduct of elections to different posts/officers in the BCCI including conditions of eligibility and disqualifications, if any, for candidates wanting to contest the election for such posts including the office of the president of the BCCI”. 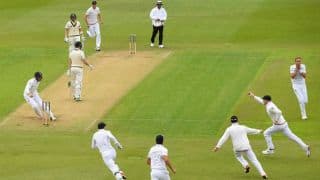 Ashes 2015: Australia’s collapse at Trent Bridge among worst in history