The complaint named BCCI functionaries like Srinivasan and Meiyappan.

The Mumbai police told a court in Mumbai that they had not found any evidence of match-fixing against top Board of Control for Cricket in India (BCCI) officials with regard to the Indian Premier League (IPL) in 2013.

“We have found no evidence of match-fixing against the respondents as alleged by the petitioner,” said the report submitted by Mumbai police’s crime branch. The report has been signed by Nandkumar Gopale, inspector, with property cell of the police.

Social activist Naresh Makani had filed a complaint in May 2013 against BCCI and others alleging that all the matches of Indian Premier League in 2013 were “fixed” and the franchise owners were also involved in it.

The complaint named BCCI functionaries including N Srinivasan (who later stepped aside as the president), his son-in-law Gurunath Meiyappan who was associated with Chennai Super King, and others. Meiyappan was arrested by Mumbai police in a separate betting-related case and he later got bail. Makani had prayed for registration of separate case of cheating against them. 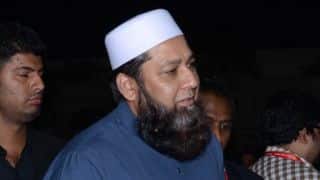