Aditya Verma is unhappy with some of the statements Sanjay Patel has made recently.

Aditya Verma, the petitioner in the Indian Premier League (IPL) 2013 spot-fixing and betting scandal on Tuesday said that the Board of Control for Cricket in India (BCCI) secretary Sanjay Patel was creating confusion by claiming that there was nothing against ousted president N Srinivasan in the report being prepared by the Supreme Court-appointed Mukul Mudgal Committee.

“Mr. Sanjay Patel, secretary, BCCI (suspended by his own state association of Baroda) is creating confusion with wrong statements. He has been quoted in the media saying the commission has given clean cheat to Srinivasan in its interim report,” Verma in a statement Tuesday. He said, “One reputed English television channel also ran similar wrong news. It claimed that it was in possession of the interim report of Mudgal Commission and there were no any serious allegations against officials, cricketers and Srinivasan.”

This, Verma said, “is a very serious matter since the Hon’ble Supreme Court is monitoring the investigating team. Such wrong news would raise questions about the integrity and credibility of the commission.” Last week, the Mukul Mudgal Committee was given two more months by the Supreme Court to submit its report about 13 individuals, including some prominent cricketers. Verma also claimed that former board president Sharad Pawar has assured that he would try his best to stop Srinivasan from contesting for a third term in office. 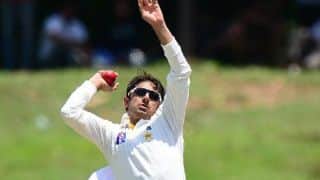