The Supreme Court will conduct a hearing on Monday at 3 PM.

Hearing adjourned till November 10th. They have given two months to investigate.

Welcome to CricketCountry’s coverage of the Indian Premier League (IPL) 2013 spot-fixing probe. The Supreme Court will hear the matter today at 3 PM after the Justice Mukul Mudgal led probe committee filed their interim report. However, not much is expected today. In the past, we have seen days where the Supreme Court has handed some stunning directives and given the importance of this case, one cannot rule out any possibility.

You can read more here. The initial reports indicate: “The people who are well versed with the functioning of the Supreme Court they feel that its is unlikely that something dramatic would happen in the hearing of Indian Premier League 2013 spot-fixing scandal on Monday afternoon, involving the International Cricket Council (ICC) and the Board of Control for Cricket in India (BCCI) chief, N Srinivasan. A lawyer who is supposed to play an important role in the proceedings said, “The interim report will be tabled, opened and the court will grant time for the parties to study it,” reported Mumbai Mirror. A division bench of Supreme Court will open a file at 3pm on Monday, which may contain things that may leave a serious impact on the future of Indian cricket. 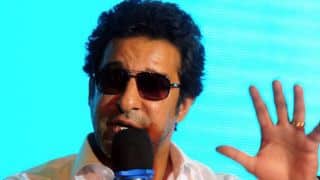