The Delhi Police cited 38 points to the High Court in its review petition challenging the Trial Court's order.

New Delhi: Delhi Police has cited 38 points in its review petition filed in Delhi High Court challenging trial court’s decision discharging all accused including cricketers S Sreesanth, Ajit Chandila and Ankeet Chavan, in the sensational 2013 Indian Premier League (IPL) spot-fixing case. In its review petition, the Delhi Police has contended that the trial court had erroneously interpreted the law pertaining to Maharashtra Control of Organised Crime Act (MCOCA) and its order, passed on July 25 in what turned out to be a sensational verdict, was unsustainable. READ: Delhi police approach High Court to challenge clearance of charges in IPL 2013 spot-fixing scandal

“If the reasoning given by the Learned Special Judge is accepted, it would be quite easy for a syndicate to commit organized crime while sitting outside Delhi through their associates or take shelter or generate wealth outside Delhi after committing the offence within the limits of Delhi.

“Thus, the learned Special Court has also failed to appreciate the fact that the nature of ‘organized crime’ includes within its ambit inter-state offences as well,” the review petition said. READ: Sreesanth, Chandila and Chavan cleared of their charges by Delhi Court

Trial judge, while discharging all the accused, had said the case “did not satisfy the mandatory requirement provided under Section 2(1)(d) of MCOC Act for the offences to qualify as ‘continuing unlawful activity’.”

“Continuing unlawful activity”, under MOCOCA, means an activity prohibited by law for the time being in force, which is a cognizable offence punishable with imprisonment of three years or more, undertaken either singly or jointly, as a member of an organised crime syndicate or on behalf of such, syndicate in respect of which more than one charge-sheets have been field before a competent Court within the preceding period of ten years. READ: S Sreesanth confident of playing in ICC Cricket World Cup 2019

The trial judge Neena Bansal Krishna had also said that match fixing and concealment of the fact by a player of receiving money from punters and book-makers cannot be termed as cheating as the same does not prove an intention to cause wrongful loss to the spectators.

However, in its 53-page review petition, the Delhi police said the court “has failed to appreciate the spirit and essence of MCOC Act.

“…organized crime has for quite some years now come up as a very serious threat to our society. It knows no national boundaries and is fuelled by illegal wealth generated by contract killings, extortion, smuggling in contrabands, illegal trade in narcotics, kidnappings for ransom, collection of protection money and money laundering, etc. READ: Lodha Committee’s office burgled

“The illegal wealth and black money generated by the organised crime is very huge and has serious adverse effect on our economy.”

“It is seen that the organised criminal syndicates make a common cause with terrorist gangs and foster narco-terrorism which extends beyond the national boundaries. There is a reason to believe that organised criminal gangs are operating in the State and thus, there is immediate need to curb their activities.”

The review petition said the single-judge bench “has failed to appreciate that the ingredients of the definition of organized crime, continuing unlawful activity and organized crime syndicate are fulfilled, even by literal and conservative interpretation of the statute.”

In its petition, the Delhi Police also contended that the court “has erroneously concluded that match fixing and betting cannot be considered enough for framing charges under MCOCA for want of appropriate alternative law qua the said activities and that since the said activities were covered under the anti-corruption code of Board of Control Cricket in India.”

Delhi Police had filed a 8000-page chargesheet against 36 people which included the three players for allegedly being involved in spot fixing. 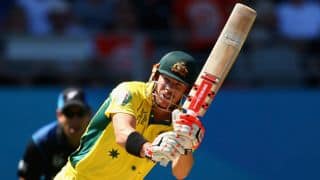 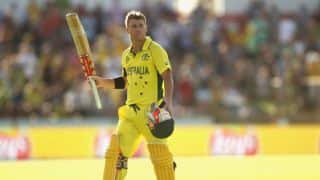