The Nottinghamshire opener was one of eight players left unsold in the auctions.

England batsman Alex Hales has admitted that he is disappointed at being left on the shelf during the recent Indian Premier League (IPL) auction despite being ranked the world’s No 1 batsman in the Twenty20 (T20I) category last summer.

The Nottinghamshire player is one of the ten England players, including Ian Bell, Ravi Bopara, Craig Kieswetter, Rikki Clarke, Samit Patel, Dmitri Mascarenhas, Simon Jones and Jade Dernbach, who were left unsold at the auction for the tournament, which features eight franchises.

According to the Mirror, Kevin Pietersen will now be the only England-qualified player on show at cricket’s richest event and Hales admitted that it is a sobering measure of English cricket’s standing on the world stage after their Ashes flop. However, Hales vowed to regain his chances to open the batting in the Caribbean with the England one-day side, and also hoped to perform well at the upcoming ICC World T20 2014.

Hales was a high profile signing for the Adelaide Strikers in Australia’s Big Bash League tournament this winter before joining England’s T20 squad. England’s unpopularity at the IPL contrasted starkly with interest in signings from other countries, with 50 of the 154 players sold over two days of haggling coming from outside India, the report added. 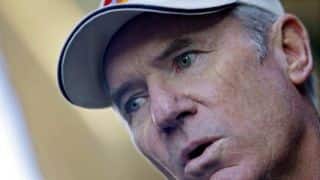 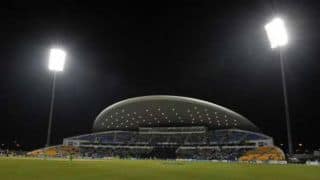