Delhi beat off competition from the Chennai Super Kings (CSK) to get Neesham in their ranks.

Neesham has earlier been touted as a player having great potential for New Zealand and he may add value to the Delhi camp.

The 23 year old has not featured in an IPL tournament so far and will make his debut in 2014 provided he gets to play a game for Delhi.

Delhi will hope that Neesham realises his potential and shines in a team loaded with star players. 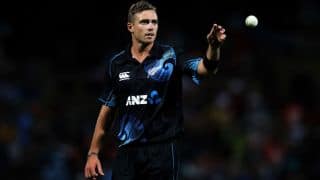