The IPL chairman stated that an anti-corruption unit will be monitoring players through the mega event.

The Board of Control for Cricket in India (BCCI) said that it has begun taking steps to make the Indian Premier League (IPL) corruption-free, including education of players and franchises on how to avoid mixing up with certain people during matches in the seventh edition of the cash-rich T20 event.

“Both the players and franchises are being educated on how to avoid match-fixing,” IPL Chairman Ranjib Biswal told reporters after the BCCI’s Working Committee meeting.

“We have already identified some persons who need to be avoided in order to make IPL matches transparent,” Biswal said.

Stating that all efforts were being made to keep the IPL matches corruption free, the IPL chairman said anti-corruption teams will accompany the players and visit the match venues.

Claiming that the BCCI has already implemented about 70 per cent of the report of the Mudgal Committee which probed into the IPL VI spot-fixing scandal, he said, “The committee report is also being worked out in some other areas.”

Replying to a similar question, BCCI President N Srinivasan said, “BCCI will do everything possible to make the IPL events transparent.” 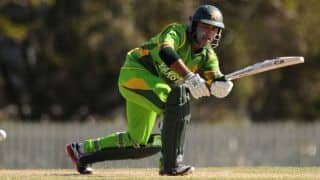 James Tredwell: England off-spinner who found himself in shadow of Graeme Swann