IPL chairman Rajiv Shukla, was contacted, but he denied any information about this issue.

There matches of the ongoing edition of Indian Premier League (IPL) , are under the scanner of Enforcement Directorate (ED) based on leads obtained following the arrest of two alleged bookies during raids in New Delhi, Jaipur and Thane on Friday. “All the leads we have got so far are about big-time bookies who have never been caught. We have strong leads that some matches in the current edition of IPL may have been fixed,” said an ED officer.

According to a report published in Indian Express, the ED sources identified those arrested bookies as Mukesh Sharma and Sukhvinder Singh Sodhi from New Delhi. They said officials have also issued summons to a third suspect Anil Jaisinghania from Thane who complained of ill-health and got himself admitted to a hospital after an ED team reached his house. Two others managed to evade arrest in Jaipur.

The ED’s suspicion is that few matches of IPL 2015 may have been fixed. “Bookies across the country were in touch with Sharma and Sodhi. We have learnt that the betting amount is remitted out of the country through hawala channels through these two accused,” said an official involved in the investigation.

IPL chairman Rajiv Shukla, was contacted, but he denied any information about this issue. “We haven’t heard anything from ED yet. As per procedure, they [ED] will get in touch with our ACSU [Anti-Corruption and Security Unit] if they needs any details. The ACSU doesn’t come under IPL governing council, it reports directly to the BCCI President. If the ED seeks anything from BCCI, we will fully cooperate,” he added. 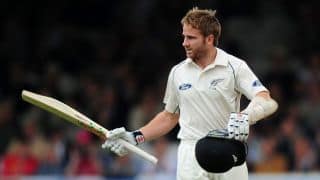