Bengaluru: Royal Challengers Bangalore (RCB) head coach Daniel Vettori says Indian off-spinner Ravichandran Ashwin is an “exceptional” bowler. “He has been around for a long time and been successful. He is one guy who is always developing himself and updating his game to go with the new challenges. That is a sign that he is an exceptional spin bowler,” Vettori was quoted as saying by iplt20.com on Tuesday.

Speaking about the role of spinners in T20s, the former New Zealand left-armer said the success of Ashwin and South African leg-spinner Imran Tahir shows traditional spinner can be immensely successful in limited overs format. “If you look at the recent ICC Cricket World Cup 2015, there were a few guys who really stood up – Imran Tahir and R. Ashwin in particular. I think if a spinner can succeed in New Zealand on those small grounds and even in Australia, it shows that you are able to perform various roles at the international level,” he said. Javagal Srinath compares Ravichandran Ashwin with Anil Kumble

“Obviously, spin bowling has changed a bit with more stringent guidelines regarding the elbow flex and it has taken a couple of spinners out of the picture. But the success of Ashwin shows that traditional spin bowlers can be incredibly successful. Asked whom he enjoyed bowling to in Test matches, Vettori said it had to be Rahul Dravid, the former Indian skipper and middle order mainstay. Ravichandran Ashwin gradually growing into a better bowler overseas

“In Test cricket, it has to be Rahul Dravid. I think he was an exceptional player of spin bowling due to his ability to read lengths. That is the toughest batsman to bowl to – someone who can pick that length early and get back and then forward when they have to. I never felt like I bowled a ball that really troubled Rahul. You feel pretty paralysed,” said Vettori. India’s Test vice-captaincy candidates: Ravichandran Ashwin, Ajinkya Rahane and Ishant Sharma 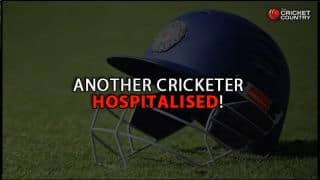