"Sarfaraz is an unbelievable talent, for a 17-year-old kid to play like that at this level is unbelievable."

Mumbai: Royal Challengers Bangalore (RCB) all-rounder David Wiese on Saturday said the 17-year-old batsman Sarfaraz Khan is an unbelievable talent and has a bright future ahead of him.

RCB face home side Mumbai Indians (MI) in the Indian Premier League (IPL) encounter here on Sunday. Sarfaraz, the hard-hitting batsman from Mumbai, scored 75 runs from seven games. But he has shown enough promise. READ: Virat Kohli has been an outstanding captain for Royal Challengers Bangalore

Known to be a clean hitter of the ball, Sarfaraz made his first-class debut in 2014-15. He has also represented India in Under-19 cricket.

“Sarfaraz is an unbelievable talent, for a 17-year-old kid to play like that at this level is unbelievable,” Wiese said at the pre-match press conference here. READ: Royal Challengers Bangalore will get momentum ahead of IPL 2015 playoffs

“I think for him, the key is not to put too much expectation on himself. He needs to go out and do what he has been doing. He has been phenomenal for us in the season. I am pretty sure he has a bright future ahead of him.”

The 29-year-old South African, who took 10 wickets and scored 106 runs from 8 matches in the ongoing IPL season, also praised the consistent Mitchell Starc for picking up wickets both at the start and death and keeping a check on the runs.

Starc has picked 15 wickets from seven matches so far in the season.

“If you look at those stats, that can answer the question on what impact he had in our bowling line-up. He has been fantastic; he is the guy who has set the tone from the start.

“In every single game he has taken early wickets for us to put the opposition on the back foot and in the death he is the best in the world,” he said.

A confident Wiese further added, “It’s nice to have that confidence in your bowling attack. If something happens in the middle overs, there is Starc to come at the end and bowl good death overs and take the team back into the game. He hasn’t had an off day with the team.” 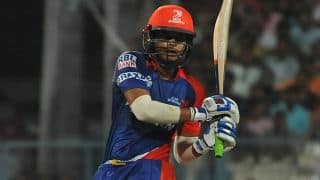 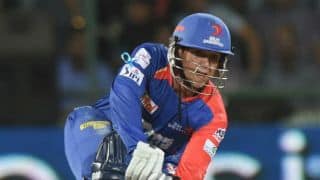