IPL rules put franchises in a spot as teams have to make payment to even those players, who are reporting injured to the team camps.

New Delhi: The rules of the cash-rich Indian Premier League (IPL) are quite player-friendly but sometimes they put franchises in a spot as teams have to make payment to even those players, who are reporting injured to the team camps. During the ongoing edition of the league, Delhi Daredevils is one team that would have to cough up a good amount without getting the services of Indian pace-man Mohammed Shami, who has been ruled out for at least three months from competitive cricket due to a knee injury sustained during the ICC Cricket World Cup 2015.

A look at rules regarding the payments makes it clear that the salary clause with regards to injured players is loaded in players’ favour. It states that the moment a player, bought at the IPL auction, reports to the team camp, he will have to be paid 50 percent of his contracted amount even if he is injured and unable to take part in the tournament.  IPL 2015: Match officials for playoffs announced

In fact an IPL governing council member admitted that Delhi Daredevils indeed will have to pay 50 percent (Rs 2.12 crore) of Shami’s season salary. “As per rules, even if Shami was ruled out of IPL without playing a single match and even did not play trial match due to injury, he will be paid half of his contracted salary. So, if he was bought at the auction for Rs 4.5 crore, the DD will need to pay half of that amount,” a senior BCCI official and IPL governing council member told PTI today.

“Shami might have carried his knee injury from World Cup but since he reported to the camp, the franchises don’t have an option. They need to pay. BCCI and IPL will always be in favour of players and I don’t see this rule changing. Like Shami being a contracted player, his surgery charges will be borne by the BCCI,” the source said. IPL 2015: Ambati Rayudu says pressure brings best out of him

Shami’s case is however completely different from Mumbai Indians‘ opener Aaron Finch, who tore his hamstring during an IPL match and was ruled out of the tournament. “Finch is entitled to get full payment from his franchise as he sustained the injury while playing an IPL match,” the source added. However, the most interesting aspect of the payment mode is about the concept of trial match.

According to officials of a couple of franchises, the moment a player reports for a trial match, he is entitled to get full payment. “Consider this example, a player knows that he is injured but what’s so big about a trial match. The moment you just endure the pain in a 20-over match, you are through and then whether you are player of Rs 10 lakh or Rs 10 crore, it does not matter, you will get full payment.” While many franchises have insurance done but not always they get the full claim for an injured player. In professional football clubs a player’s medical test is done before being taken on board but there is no such provision in IPL. Three arrested for betting in Chennai Super Kings vs Royal Challengers Bangalore IPL 2015 tie 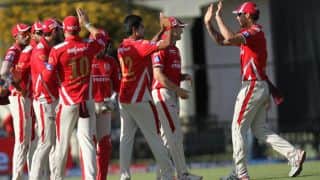 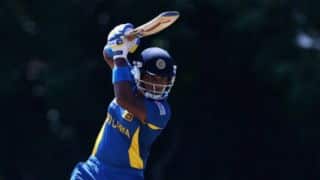