Being the reigning champions has an added pressure and Yadav said they are taking each session seriously.

“I saw him in KPL (Karnataka league), have played him at the nets. It’s just going to be matter of that one game. He’s going to be different and difficult for the opponents,” Yadav said of the Karnataka rookie who has been purchased for an astonishing sum of USD 400,000, 24 times his base price.

Yadav further said Cariappa and chinaman bowler Kuldeep Yadav would have a big opportunity ahead of them when KKR launch their title defence against Mumbai Indians here on April 8.

“It’s going to be a big opportunity for him as well as Kuldeep Yadav who played in the CLT20,” he said.

The General Elections robbed them off a home start last season, but this time the defending champions Kolkata Knight Riders would kick off the IPL-8 at Eden Gardens and Yadav termed it a “blessing in disguise”.

Kolkata Knight Riders were a transformed side after returning from the Dubai leg as they went on to win their second title of the franchise cricket league.

“It’s a blessing in disguise to start off at the Eden Gardens. It has an unbelievable atmosphere. Playing at home has always been great,” the Mumbai recruit told reporters on the sidelines of their first practice session this season.

“It was a different team when we came back from Dubai to play at home [last season]. Starting the game here is going to be a plus point.”

Being the reigning champions has an added pressure and Yadav said they are taking each session seriously.

“A lot of guys are yet to come in, but being the defending champions we are taking each practice session seriously. Everything is on a serious note,” Yadav said.

Maintaining that there’s absolute clarity in the role of every player in the team, Yadav said he’s been assigned the role of a “finisher”.

“Everyone knows their job pretty well and we don’t have to define it. I’ve been assigned the role of a finisher. I’m pretty clear in my mind. I’ve not set any goal, I just want to keep playing. Don’t want to put any extra pressure on me. No one is confused about their role,” he said.

Yadav, who captained Mumbai in Ranji Trophy this season before being replaced by Aditya Tare, further said that IPL provides a big opportunity to the fringe players.

“We don’t feel any pressure when we go back to the domestic season. I feel it’s a big opportunity for each and everyone. I’ve learnt how to handle pressure.” 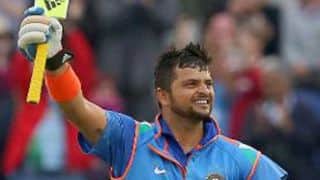