He continued his good form here as well as he claimed 2 for 22.

Bangladesh‘s star all-rounder, Shakib Al Hasan, has been in sensational form this summer, counting from Bangladesh’s historic win against Pakistan recently, where he scored 203 runs in Tests, followed by a healthy 57 in the T20I and also five wicket in the three ODIs.

However, his return to the 2015 Indian Premier League (IPL) for Kolkata Knight Riders (KKR) was not so fruitful as his team suffered a marginal five-run loss to former champions, Mumbai Indians (MI) at Wankhede Stadium in Mumbai on Thursday. Although, he continued his good form here as well as he claimed 2 for 22, followed by a quickfire 27 off just 15 deliveries, he couldn’t steer his team to victory in order to seal the play-off spot. READ: Gautam Gambhir blames his bowlers and fielders

Shakib spoke about his performance and his feelings to iplt20.com regarding the teams inability to beat the former champions after coming so close to victory. “I am happy with the way I performed with the ball but I could have done better with the bat. I should have finished things for the team but it didn’t happen. It was an important game for both teams. We had our chances but we didn’t grab them,” he said.

“We didn’t bowl well in the death. We gave away about 70 runs in the last five overs. The pitch was a good one to bat on and we should have chased that total down. We had a few batsmen who were set and scoring easily, but no one could stay there to finish the game. These are the areas we need to improve in,” he added.

On being asked about his plan against Parthiv Patel, who seemed to be in a mood to smash him, he said, “The first ball I bowled to him was a bit faster and flatter and it was easy for him to hit through the line. The second ball I saw him coming down the pitch again and so I shortened the length and bowled it slower. He tried to adjust his shot but couldn’t do it properly. I guess I was lucky there.”

While on being asked about Ajinkya Rahane‘s wicket, he said, “I know that he does come down the wicket regularly. I wasn’t expecting him to play big shots early in his innings but he did. Again, I was lucky there and Andre Russell held on to a good catch. It was a professional performance from my side as far as my bowling is concerned.”

As said earlier, he has been in good form this season, on which he said, “Yes, I was hitting the ball well in Bangladesh and that gave me the confidence and belief that I can do well today. I also bowled well in the ODIs and the T20, and I thought if I did it there for Bangladesh there is no reason why I cannot do it for KKR here.”

“There wasn’t much help for the bowlers here and so it was crucial to vary your pace, length and line. It worked today,” he added.

One being asked about his plan against Kieron Pollard and on being able to keep him silent by angled balls, he said, “Yes. It was the plan we discussed for him in our bowlers’ meeting and I was just trying to execute it. All in all I am happy with the way I bowled for the team. The ball is coming well out of my hand.”

With the next game being a do or die for KKR, he concluded by saying, “It is good for the tournament that things are so tight on the points table. Obviously we wanted to win today and book a place in the Playoffs but it didn’t happen. We will try to improve in some areas, come back day after tomorrow and give our best shot.” 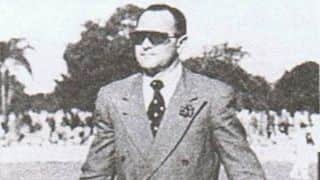 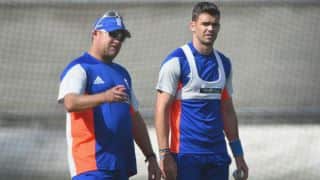