CSK, who finished atop the league table are all set in pursuit of their third prized title shot.

Former two-time champions, Chennai Super Kings (CSK) go head to head with former champion, Mumbai Indians (MI) in the first qualifier of the playoffs of the 2015 Indian Premier League (IPL) at the Wankhede Stadium in Mumbai on Tuesday. CSK, who finished atop the league table are all set in pursuit of their third prized title shot, however, they have a gruesome task in hand to restrict the MI at their own backyard, who seem to be unstoppable at the moment. IPL 2015 Playoffs: Complete schedule, venues, match timings

CSK head coach, Stephen Fleming had something to say before the high-profile match kicks off. He started up with commenting on Mike Hussey‘s chances on opening the batting line-up. “McCullum’s absence will impact a lot. He’s an excellent player. We had known about it for some time. Introducing Mike Hussey in the last game, even though he did not make a major contribution, was important. Dwayne Smith has got a very good record here. We have been planning for this for some time. We would have liked to have given Mike Hussey a bit more time. We were just not able to get that final win to give us the luxury of introducing players. I have every confidence in Mike Hussey. He’s been one of our most consistent performers over the years and the way he trains suggests he would be there and thereabouts,” said Fleming. Chennai Super Kings to play Mumbai Indians in Qualifier 1 of IPL 2015

With Brendon McCullum set to miss the game owing to international commitment, Hussey could start thinking about pairing up good with Suresh Raina. “Looking at his high standards over the years he’s due [for a big score]. It’s not that he’s been batting badly or practicing badly, he’s been in excellent touch. It’s about just converting those into a score of note. And the last innings he played was good as he saw the game through and he likes playing at this ground. He’s one of those players we are hopeful will stand up. Big players and big occasions win those matches. He’s certainly one of those. He’s done it for us a number of times He’s one guy we are attuned to. The beauty of this team is we have several players like that. Certainly Suresh Raina, with the absence of McCullum, will look to be the mainstay,” said Fleming. Royal Challengers Bangalore to play Rajasthan Royals in Eliminator of IPL 2015

Speaking on the game itself, Fleming said, ““It’s a tough game, because now it becomes home and away rather than a semi-final at a neutral venue.”

“It’s a home and away game and you just find little things that work against you. We need to be smart and back ourselves. It’s a great occasion – Mumbai against Chennai. It’s a difficult game and a tough place to win but that’s what we are here for. We didn’t expect an easy game in a playoff match and we have got a tough one,” he added.

HE also commented on how the competition gets tougher from hereon and as the final approaches nearer. “It’s about dealing with pressure. The beauty of being in qualifiers is that it gives another chance and that just helps calm the nerves. It’s a fine line. We saw David Warner step on the boundary and in the end it probably cost his side going through. It can be that fine, it can be one ball, it can be a small moment, a bit of brilliance and that can be the difference between winning the tournament or going home, and the consequence is that much more when you reach the next stage. It has been an excellent competition thus far and I think there are a couple of more twists to go. The teams that deal with the pressure and the individuals that stand up will be the difference,” he said.

“This year the competition has been very close. I think people have gotten smarter with the way they’ve been putting their teams together. Teams doing well at home tend to have an advantage. You are finding that away games are more difficult. That’s a point for us to note that major semi-finals [Playoffs] now have turned into home and away games. This makes it a little bit harder,” he concluded. 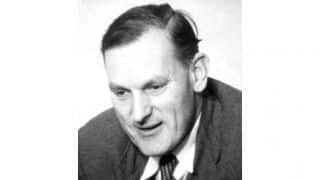 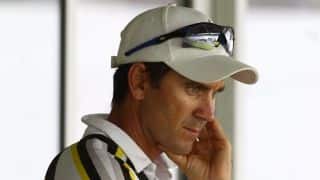