Stuart Binny has been sold to the Royal Challengers Bangalore (RCB) in the 2016 Indian Premier League (IPL) Auction.

Indian all-rounder Stuart Binny has been sold to the Royal Challengers Bangalore (RCB) in the 2016 Indian Premier League (IPL) Auction in Bengaluru on Saturday. Binny, who played an intergal role in the semi-final pursuit of the Indian team in the 2015 ICC Cricket World Cup has been a valuable asset for the Indiuan side ever since and his consistency has allowed him to fetch Rs. 2 crores from the RCB. The 2016 IPL Auction is underway in Bengaluru on Sunday, as eight of the teams are going head to head to make the best signing of players for their respective teams, who would clash in the 2016 season (season 9) of the 2016 IPL. Live Updates & Blog, IPL 2016 Auction: List of sold & unsold players & teams in Indian Premier League 9 auction

RCB are owned by United Breweries (UB) group, more specific to Vijay Mallya with his son Sidhartha Mallya acting as the Director of the team. RCB play their home games at M Chinnaswamy Stadium in Bangalore. Currently RCB are skipper by India’s Test captain Virat Kolhi and coached by former player and New Zealand skipper Daniel Vettori with South Africa’s ‘White Lighting’ Allan Donald to support him as bowling coach. RCB coming into the auction have a kitty of Rs. 21,62,50,000  to play around with. 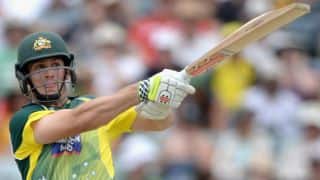