Shivil Kaushik has burst on to the IPL by replicating Adams’ iconic ‘frog in a blender’ action and instantly gained all the limelight.

When South Africa’s Paul Adams made his debut for his national team in 1995, his unique action caught the attention of the players as well as spectators at one go. He was regarded as the first Chinaman bowler of the cricketing arena. After nearly two decades, we have a bowler playing for Gujarat Lions in the ongoing IPL 9 with the some unorthodox action. Shivil Kaushik has burst on to the IPL by replicating Adams’ iconic ‘frog in a blender’ action and instantly gained all the limelight.  has featured in Making his debut after being confined as a net bowler for three different franchises during the previous editions of IPL, the Karnataka-lada lot of matches for his side in the group stages itself.

In an interview with iplt20.com, the 20-year old spoke candidly on his inimitable action and the journey so far. Kaushik quoted, “I was eight when I first played cricket and had picked up chinaman as it came naturally. I haven’t changed my action since then. The batsmen found it difficult and my friends too said I must continue. Apart from his coaches, the spinner also thanked the iconic Anil Kumble for encouraging him. Many people have supported me throughout. Many coaches have helped me and they have not tinkered with my action. Kumble sir has been very supportive.”

On comparisons with Adams, he quipped, “I was 15 and got into competitive cricket when somebody told me that I bowl like Paul Adams. And then I watched a few videos of his bowling. Being tall is definitely an advantage as I get more bounce and purchase from the wicket.”

The Gujarat Lions bowler denied any possible injury-related concerns surrounding his bowling action. The left-armer assured that the action came naturally to him and his body does not take much of a load and told that he just needs to work on his action by practicing as much as possible.

He was satisfied with his performance from his previous match against Kings XI Punjab as he got the scalps of quality batsmen like Murali Vijay, Shaun Marsh, and Glenn Maxwell. Kaushik felt, “It feels really nice that a lot of people are talking about me, but I think that it is more important to remain focused.” The promising cricketer concluded that he just wants to contribute to team and not look to far ahead right now. 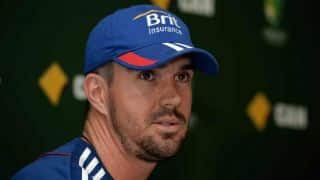