AB de Villiers remained unbeaten at 79 off 47 that included 5 fours and 5 sixes to sail Royal Challengers Bangalore to their first ever IPL Final.

This is not the first time a bowler has come upfront to mention about the heroics of AB de Villiers. When de Villiers was playing his usual shots, his South Africa team mate Dale Steyn was a spectator to witness the much talked about finish de Villiers provided his franchise Royal Challengers Bangalore (RCB) in match against Gujarat Lions (GL). De Villiers is known to shake the any bowler be it in international cricket or in IPL. Earlier, Proteas limited-over bowler Kyle Abbott was all praise for de Villiers and considered him to be his greatest fear while bowling. Looks like there is another bowler to add on to this list. Steyn rates de Villiers knock against GL amongst top-ten favorite knocks. Full Cricket Scorecard: Gujarat Lions vs Royal Challengers Bangalore, IPL 2016 Qualifier 1 at Bengaluru

As mentioned on Times of India, Steyn said, “When AB de Villiers is at the crease, you do not discount anything. I know he doesn’t keep a list of his favourite or best innings, never has, but there must be people who do. I wonder where they put that one. Top ten?” Steyn has termed the Proteas Test and ODI captain as “mind-reading bloodhound”, who can predict what the bowler is going to bowl and take him down.

“AB is like a mind-reading bloodhound. He can smell the emotions of the opposition and he predicts what they are going to do and how they will behave. He probably sensed that the bowlers were on edge, desperate for another wicket to get into the tail, and he pounced – reversing the pressure as we always try to do. He was brilliant – again,” Steyn summed up. 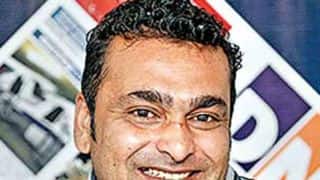