Harsha Bhogle has termed Kane Williamson to be very different as a player than Eoin Morgan.

After Kane Williamson‘s crucial half-century in Sunrisers Hyderabad (SRH) vs Royal Challengers Bangalore (RCB) in Match 27 of the ninth edition of Indian Premier League (IPL), Harsha Bhogle has termed him to be very different as a player than Eoin Morgan. Williamson, who was sidelined for the previous three matches and was replaced by England’s Eoin Morgan, came back on a powerful note with a crucial 50 that helped SRH to get to a safe total of 194 against a batting-heavy RCB. SRH later on went on to win the match as RCB’s innings came to an end with 179 runs on the board. FULL CRICKET SCORECARD: Sunrisers Hyderabad vs Gujarat Lions, IPL 2016, Match 34 at Hyderabad

Talking about Williamson to Times of India, Bhogle said, “Their (SRH’s) batting has been hugely dependent on David Warner but now, Kane Williamson has arrived. He is a very different player from Eoin Morgan, a fine player whose poor form finally became too much to carry , but he’s someone who has a point to prove in this format. A couple of years ago, he went to Yorkshire to play a whole season in England and came back a much better player. I have no doubt, as New Zealand’s captain in all three formats, he is looking for something similar from Sunrisers. There is steel to Williamson and SRH need it.

SRH will next face the table toppers Gujarat Lions (GL) at the Rajiv Gandhi International Stadium, Uppal, Hyderabad where Yuvraj Singh is expected to play the first match of the season after recovering from his injury. 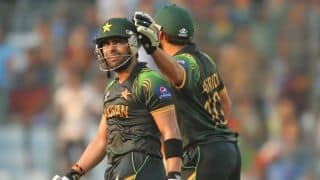