Ambati Rayudu gifted Kieron Pollard with a cricket bat on his birthday (after the victory against RCB) and asked him to beat his longest six record.

Kieron Pollard, Mumbai Indians all-rounder in IPL 2016 celebrated his 29th birthday in style by taking his side home against Royal Challengers Bangalore (RCB). The match was played on May 12, but just when the clock reached 12 at midnight, MI celebrated Pollard’s birthday in spectacular fashion. Ambati  Rayudu who played a good knock of 44 runs gifted Pollard a cricket bat. Rayudu hit a big six off Varun Aaron in the match (third biggest in IPL 9). He challenged Pollard to push in more effort to break his longest six record with the new bat. Pollard is expected to play with this bat in his next match. Will Pollard win this challenge? We’ll find out in the upcoming matches. Full Scorecard: Royal Challengers Bangalore vs Mumbai Indians, IPL 2016, Match 41 at Bangalore

As per Mumbai Indians’ official website, the MI team bonds pretty well. It will be exciting to see if Pollard’s continues to hit big sixes with the new bat or/and even gets better with it. Talking of the match, Pollard and Jos Buttler had guided Mumbai Indians to six wicket win against Royal Challengers on Wednesday. It was Pollard and Buttler who assuredly played in the crucial moments, producing regular boundaries to earn the victory. Pollard hit a much needed 19-ball-35 supported by Buttler’s 11-ball-29. IPL 2016: Kieron Pollard wants Mumbai Indians to be confident in business end of tournament

The former struck two sixes and three fours while the latter blasted three sixes and a four in the winning effort. The big hitting duo constructed a partnership of 55 runs in 21 balls, and plugged the fall of wickets to seal the win. Earlier, Ambati Rayudu laid the foundation for the victory with a 47-ball-44, which also included a couple of fours and sixes. 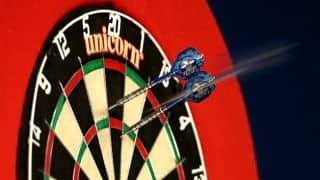 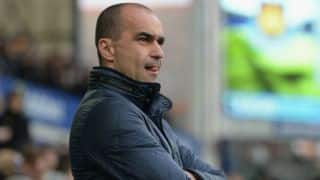