Muttiah Muralitharan has praised the team's bowler Mustafizur Rahman calling him a revelation for both his country Bangladesh and SRH.

The Sunrisers Hyderabad (SRH) are enjoying a good form in the ninth season of Indian Premier League (IPL) and mentor Muttiah Muralitharan has praised the team’s bowler Mustafizur Rahman calling him a revelation for both his country Bangladesh and SRH. Mustafizur has been one of the key elements behind the success SRH have tasted so far, bowling brilliantly in the tournament and Muralitharan seemed highly impressed with the way the bowler has maintained his good form from Asia Cup 2016 and ICC World T20 2016 to IPL. This is the first time that Mustafizur is a part of this tournament. READ: Sunrisers Hyderabad thrash Royal Challengers Bangalore by 15 runs in IPL 2016 Match 27

Muralitharan, in an interview to Times of India, said, “Mustafizur is one bowler who has shown immense potential to turn things around for SRH. He has been a revelation not only for Bangladesh but also for SRH this season. I feel if he is nurtured— Mustafizur can certainly have a long career ahead of him.”

The spin legend also praised the bowling attack of SRH. “We have the likes of Ashish Nehra, Mustafizur Rahman, Bhuvneshwar Kumar doing the job for us. I believe we have been able to bowl at good areas in crunch situations and we hope o continue with this momentum and make the knock-out this season. My role in the side is to guide the bowlers without actually altering their style of individuality,” he said.

He also backed Ashwin despite his not so impressive performance saying, “He is someone who works hard at his game and looks to improve all the time. Just because he didn’t perform as per expectations in one match or a series doesn’t make Ashwin any less a bowler.” 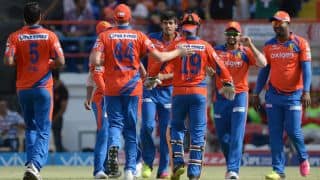 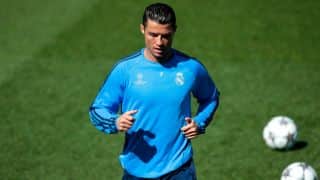