The IPL has new female anchors in Rochelle Maria Rao and Pallavi Sharda for its ninth season.

The Indian Premier League (IPL) is in its ninth edition currently. Ever since its evolution, the organisers have always known the importance of how the action is presented to the fans of the game. Especially in the 20 over game, the actors are not only the players on the field but people off the field the as well. This is where the IPL has made giants steps by bringing in glamour for the viewers as well. Female anchors with their knowledge of the game and their beauty attract a large number of viewers. The IPL this year has brought with it, a number of new faces in the list of female anchors. Here are some of them. FULL CRICKET SCORECARD: Mumbai Indians vs Royal Challengers Bangalore, IPL 2016, Match 14 at Mumbai

Isa Guha – Isa Guha is an England Cricketer and has started anchoring for IPL 2016 as well. She features alongside Gaurav Kapoor in Extraaa Innings T20. She won the World Cup 2009 with England and announced retirement from cricket in 2012. Isa’s knowledge about the game as well as her looks are admired by many.

Rochelle Maria Rao – Rochelle has been added to the IPL anchor list this season, although she has hosted the tournament when it was in its 6th edition. She has also been crowned Femina Miss India International in the year 2012. This beauty was also a wild card entrant in the 6th season of Jhalak Dikhhla Jaa. Continuing the legacy of reality shows, Rochelle was also found in last season of Bigg Boss 9.

Pallavi Sharda – Part of this season’s IPL presenters list, this beauty is from a very educated background and is also a trained Bharatha Natyam dancer. She was crowned ‘Miss India Australia’ in Sydney in the year 2010. She also played a role in movies ‘Hawaizaada’ and ‘Besharam’.

Super excited to be part of the IPL Extraaa Innings Team.. It’s going to be an amazing adventure! #IPL2016 pic.twitter.com/5HfWxBdg4e

Meanwhile, after 13 matches of the IPL season 9, KKR top the points table with GL at no. 2, followed by DD, RCB and RPS. The bottom 3 include SRH at 6, MI at 7 and KXIP at the bottom. 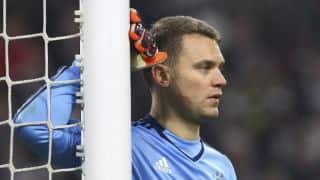 Manuel Neuer to stay at Bayern Munich until 2021 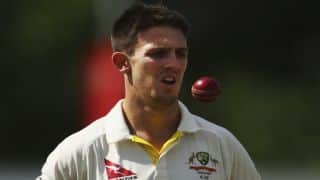