IPL is underway, as the tournament once again promises to live up to its expectations and deliver once again with quality cricket and entertainment.

The ninth-edition of the franchise-based competition, which has revolutionized world cricket, will see eight teams clash in 60 matches at 10 different venues across India. The IPL is the most popular domestic league in the world but has been plagued by controversies since its inception in 2008, with corruption and match-fixing cases often taking centre-stage. A spot-fixing scandal in 2013 led to two teams Chennai Super Kings and Rajasthan Royals being suspended last year for two seasons, added AFP.

Here is the list of the top run-scorers in the tournament so far:

NOTE: The table was updated following the conclusion of Qualifier 2 between GL and SRH ,that SRH won by 4-wickets.

The auction of the IPL 2016 saw former Australian cricketer Shane Watson becoming the costliest player in the IPL 9. Watson was picked by Royal Challengers Bangalore (RCB) for Rs 9.5 crores. On the other hand, the enigmatic Indian all-rounder Yuvraj Singh was taken by Sunrisers Hyderabad (SRH) for Rs 7 crores. 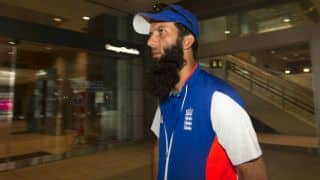