IPL 2016: Rajiv Shukla rules out shifting matches out of Maharashtra

IPL 2016: Rajiv Shukla rules out shifting matches out of Maharashtra

BJP had a few days back demanded the IPL matches be shifted out of Maharashtra due to drought.

Mumbai: Indian Premier League (IPL) Chairman Rajiv Shukla on Tuesday ruled out shifting the matches out of Maharashtra due to drought and water scarcity in the state. Mumbai, Pune and Nagpur are scheduled to host IPL matches this season, starting April 9. “As far as the question of drought, water is concerned, we are with the farmers of Maharashtra, we are ready to help in all possible ways, if the Maharashtra Government brings a proposal, then BCCI President, all of us will think in what way we can help the farmers. I, through my MPLAD fund, am going to personally adopt some villages. There is a water crisis in Marathwada, that will be solved,” he told reporters at an event organised by Vivo. READ: IPL 2016: BJP demands matches to be shifted out of Maharashtra due to drought

There is demand from some quarters that IPL matches should not be played in the state as the preparation of grounds requires huge amounts of water. “If the water needed to irrigate two-three grounds were to solve the problem of Maharashtra’s farmers, that would be another thing. I don’t think this (saving water by shifting matches) would serve any purpose. Sport is a different thing, it needs little water. Farmers need huge amount of water, all political parties should come together to deal with this crisis of water shortage,” he said. READ: IPL’s unnoticed gift to Indian cricket

There was no proposal to shift the matches or change the schedule, he said to a specific question. A PIL filed in the Bombay High Court today sought a direction to the IPL Chairman to pay tax on usage of water, claiming that about 60,000 litres of water would be needed every day to maintain the pitches.

Mumbai BJP secretary Vivekananda Gupta too had demanded that IPL matches be shifted out of the state. The annual T20 extravaganza would kick off on April 9 in Mumbai. 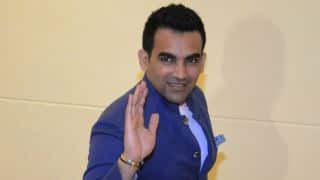 IPL should not be used as yardstick to select bowlers for Tests and ODIs, feels Zaheer Khan 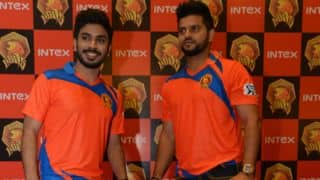