RCB are currently placed second from the bottom, having won just 3 matches

Royal Challengers Bangalore skipper Virat Kohli has revealed it was a ‘tactical’ decision to start Travis Head ahead of Chris Gayle for the game against Rising Pune Supergiants. Head had previously appeared in only one game, against Mumbai Indians, scoring a quickfire 37. His inclusion for the powerhouse Gayle came as a huge surprise, despite the fact the Windies batsman is struggling for form. Head though did not have any significant impact, scoring 6 of 9 balls. And Kohli, who scored an unbeaten century to power his side to win said that Gayle wasn’t rested but was replaced keeping in mind a specific strategy. FULL SCORECARD: Royal Challengers Bangalore vs Rising Pune Supergiants, IPL 2016, Match 35 at Bangalore

Speaking after the game, Kohli said,”No, Gayle was not rested. We chose Travis Head in place of him because we felt like we needed more solidarity in the middle order. Travis strikes the ball really well and KL (Rahul) and me are opening well for the team, and Travis can bowl off-spin as well in the middle if need be.”

“So that was the plan because (Pune) had three left-handers in the side and if there was a situation where another bowler went for a few runs, you always have someone like Travis who can bowl a couple of overs. And he proved himself in Mumbai as well. He strikes the ball really well.”

The skipper also lamented the dropped chances, citing them as a concern. “Chances have gone down in the last two games … maybe we need to sit down and think if we are compromising too much on the keeping,” he said.

“(Are we) letting go of very important chances at important stages of the game that are costing us games? And we need to understand how many balls AB is actually fielding in a game. If it’s not a big number, we would not mind considering that option as well.”

RCB next head to Mohali to face Kings XI Punjab, in what is a fight for survival fixture. Both the teams are locked at 6 points each, and know any slip up now can lead to elimination from the tournament. 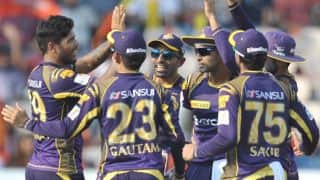 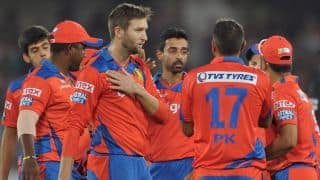