Sunrisers Hyderabad star batsmen Yuvraj Singh celebrated his team’s Indian Premier League (2016) title victory over Royal Challengers Bangalore (RCB) in emphatic style with much zest. Yuvraj had poor outing with bat making a crucial 23-ball 38 runs when other batsmen kept getting out. Yuvraj who played for RCB till the season is a very good friend of Gayle and often is seen having fun on and off the field with him. After the end of presentation ceremony Singh went off the stage and started doing push-ups before joining his team on the stage again in a matter of minutes. Full Cricket Scorecard: Royal Challengers Bangalore vs Sunrisers Hyderabad, IPL 2016 Final

Gayle was seen doing the same style of celebration in RCB’s victory over SRH by 8-wickets in IPL 8. Gayle back then helped his team chase down SRH’s target of 81 in 6 overs with an asking rate in excess of 13 to chase down, Gayle had the license to murder the ball and he obliged right from the very first ball making 35 off just 10 balls. After the winning run was hit Gayle stormed down the pitch and started doing push-up on it with Ashoke Dinda and Harshal Patel egging him on.

With this win Yuvraj also became the first man ever to win as many as 4 world titles and one domestic T20 title in his kitty. Yuvraj playing for India has won the ICC World Cup in 2011, the ICC World T20 in 2007, ICC Under-19 World Cup and a ICC Champions Trophy to his name. With Sunrisers Hyderabad winning the IPL 2016 crown he now has a IPL trophy as well in his cabinet of trophies. 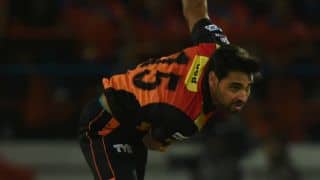 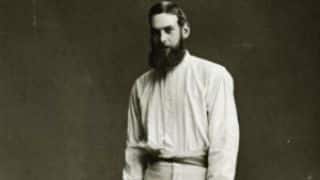