Indore, Apr 6 (PTI) The crime branch of city police today arrested three persons, in separate cases, for selling tickets of the Indian Premier League matches here in the black market as well as for selling fake tickets. In another case, the crime branch arrested a person called Anil from Bhawarkua area and seized 15 fake tickets of IPL matches. Indore’s Holkar Stadium is the `home ground’ of IPL team Kings’ Eleven Punjab. The team would play here against Rising Pune Supergiant on April 8, Royal Challengers Bangalore on April 10 and Mumbai Indians on April 20.

“On a tip-off, we arrested Vijay and another person, his accomplice, from Maharani Road area for black-marketing of tickets costing Rs 1600 and Rs 2200, and seized 15 tickets,” said Additional Superintendent of Police Amrendra Singh. “The tickets had been booked online and being sold at double the price,” the ASP added. Initially, it was reported that two gates of Holkar Stadium and the office of a senior Madhya Pradesh Cricket Association (MPCA) official few days back had sealed by the civic body for non-payment of property tax worth over Rs 29 lakh.

Three IPL matches are slated to be played next month in the stadium here. The Indore Municipal Corporation (IMC) took the action after the MPCA defaulted on payment of property tax. An IMC team sealed the office of Chief Executive Officer located in the MPCA s administrative building and two main gates of Holkar Stadium for not paying property tax dues worth Rs 29,90,605.
The action was taken in accordance with the provisions of the Municipal Corporation Act, 1956, IMC Deputy Commissioner Pratap Singh Solanki told PTI. Thee taxpayers are required to issue a declaration based on current market price of their property every year. The MPCA, however, did not make this announcement for FY 2016-17. On the other hand, MPCA CEO Rohit Pandit said the association has been paying Rs 7.40 lakh as property tax every year since FY 2010-11. The IMC, however, made a new assessment four days back and demanded over Rs 29 lakh from the association, he added.
First Published on
Last updated on April 6, 2017 9:42 PM IST
TOPICS:
Indian Premier League IPL Indore Holkar Cricket Stadium Holkar Stadium IPL 2017 IPL 10 Indian Premier League 2017
SERIES:
Indian Premier League, 2017 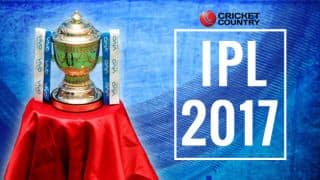 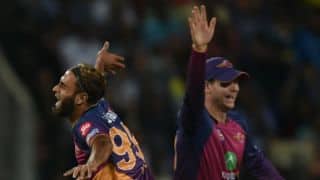