Players warming the bench due to injuries or illness has been seen and heard many a time in cricket. But the reason for Finch to be out of the XI was forgetting his kit bag!

Rohit Sharma, the skipper of Mumbai Indians (MI) and Suresh Raina, his counterpart from Gujarat Lions (GL), came out for the toss in match 16 of the ongoing Indian Premier League (IPL) 2017. The venue was the famous Wankhede Stadium, Mumbai the fortress of two-time IPL champions Mumbai Indians. Rohit flipped the coin and opted to field, which has been his usual strategy in the last two games as the dew factor has helped the team batting second. All was fine until Raina announced a bizarre reason due to which Aaron Finch sat out. Players warming the bench due to injuries or illness has been seen and heard many a time in cricket. But the reason for Finch to be out of the XI was forgetting his kit bag! LIVE CRICKET SCORECARD: Mumbai Indians vs Gujarat Lions Match 16

Apparently, Finch s kit bag did not arrive at the Wankhede Stadium in desired time. This meant Finch had to sit out and make way for England opener Jason Roy. Again, players not making it to the starting XI due to a reason as bizarre as this is rarely seen. Finch, playing for Gujarat Lions, is yet to play the game that he is known for. He has had a mixed run, starting with two ordinary games but then picking up to post 33 not out in Gujarat s last match.

GL have played 3 games so far and Finch has so far managed scores of 15, 3 and 33*. Even though he is yet to fire in this IPL, Finch has looked very certain to make it to the playing XI each time. But then, he was unfortunate on Sunday.

No kit bag = No bats, no playing equipment at all, no shoes, playing clothes etc!! 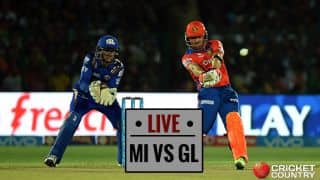 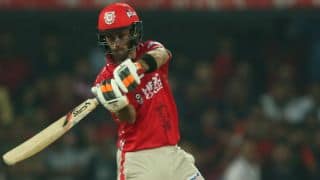