AB de Villiers has so far played three matches scoring 137 runs, while Tymal Mills has three scalps to his name from four outings.

Kolkata: Star South African batsman AB de Villiers and England pacer Tymal Mills are expected to return to the Royal Challengers Bangalore (RCB) line-up against Kolkata Knight Riders (KKR) in their Indian Premier League (IPL) clash on Sunday. De Villiers did not play RCB’s last game against Gujarat Lions (GL) due to a back injury while Mills was also ruled out. The South African was seen practicing on Saturday, coming ahead of skipper Virat Kohli and Chris Gayle, who joined the team in the second-half of their training session. Mills also rolled his arms at the nets for quite some time. “He is fit and is available for selection,” an RCB official told IANS on the sidelines of the team’s practice session. Full Cricket Scorecard: Kolkata Knight Riders vs Royal Challengers Bangalore IPL 2017, Match 27 at Kolkata

De Villiers has so far played three matches scoring 137 runs, while Mills has three scalps to his name from four outings. after the 21-run win over GL, RCB head coach Daniel Vettori had said that he was hopeful of having de Villiers, Mills and also leg-spinner Samuel Badree fit for the match against KKR. Fortunately we don t play till the 23rd, that allows us bit of recovery time. We are hopeful that AB is fit for that, hopeful that Samuel is fit for that, hopeful that Tymal is fit for that. So, they do have an extended period of time before we play again. So, [I am] reasonably confident that they will be available to play. But it s good Chris and Travis stood up today. So, we have more selection dilemmas. 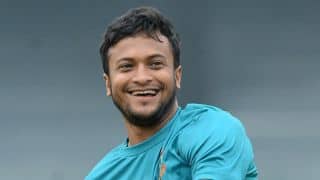 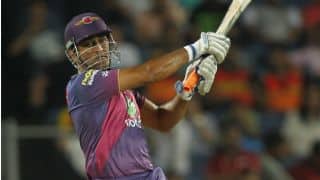