Royal Challengers Bangalore continues to lose its star players, with latest reports emerging out of South Africa claiming AB de Villiers has injured his back.

Even before the commencement of Indian Premier League (IPL) 2017, it has been plagued with injuries, and one team in particular has bore the brunt of it. Royal Challengers Bangalore (RCB) continues to lose its star players, as latest reports emerging out of South Africa claim AB de Villiers has been injured playing the domestic 50-overs cup. De Villiers, who was scheduled to play for Titans in the final of the Momentum Cup, has now been ruled out due to back injury. His participation in the IPL 2017 remains unsure as the extent of his injury remains tight lipped. However, few reports have claimed that the talismanic batsman could be out of action for four weeks. RCB though are still hopeful of de Villiers’ participation in the 10th edition of IPL.

Cricket South Africa (CSA) in their recent tweet confirmed about the same, “About to get underway in Centurion. The big team news from either team is that AB de Villiers misses out due to a back injury.” De Villiers has played 92 games for RCB, scoring 2,586 runs with 20 half-centuries and 2 hundreds to his name. RCB had just days ago announced de Villiers as stand-in skipper to Virat Kohli, who has been ruled out for the initial stages owing a shoulder injury. Kohli had injured his right shoulder during the third Test against Australia at Ranchi.

About to get underway in Centurion. The big team news from either team is that AB de Villiers misses out due to a back injury #MODC pic.twitter.com/XoUaWCvhrg

On Friday, opener KL Rahul too was ruled out of IPL 2017. Rahul, who injured his shoulder during the India-Australia series, will be heading to London for a surgery to his injured shoulder. 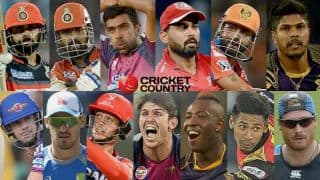 IPL 2017: Virat Kohli and other important players who are set to miss IPL 10 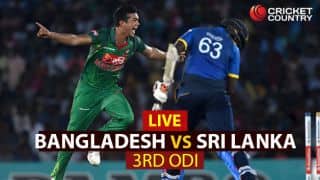