Indian leg-spinner Amit Mishra on Friday said he would try bowl more attacking lines when Delhi Daredevils (DD) take on Kings XI Punjab (KXIP), in Match 15 of the ongoing Indian Premier League (IPL) 2017. The game will be played at the Ferozshah Kotla Stadium in New Delhi, on Saturday. Mishra had claimed 3 for 11 in 3 overs for Delhi Daredevils against Rising Pune Supergiant (RPS), leading his team to a massive win by 97 runs. Apart from his attacking bowling, Mishra also suggested that Delhi Daredevils would try to place an attacking field to not allow the KXIP batsmen to free their arms and go for the runs, since the opposition side possesses a dangerous batting line-up. FULL CRICKET SCORECARD: Delhi Daredevils (DD) vs Kings XI Punjab (KXIP) IPL 2017, Match 15 at Delhi

“I am very happy the way I have bowled. Will try to bowl more attacking in the next game. Would also go for an attacking field placement, along with some good thinking. We have a better bowling attack than KXIP, and would try to bowl better than them. We will try to analyse their bowling attack as well and plan accordingly. Don’t think we played well enough in the last game against KXIP here in 2016, and will try to do better than last time,” said Mishra.

Talking on the depth of Delhi Daredevils’ batting order, he said, “We too have in depth batting order. As long as we don’t give wickets away, the batsmen can bat comfortably and we can challenge any team with runs on the board. We have Shreyas Iyer available as well for the team. He has been practicing hard and would be interesting to see if he fits out team combination to be a part of the playing XI. We will be having a team meeting on Friday evening, where we will be deciding the team composition according to the wicket and KXIP’s team composition as well.” IPL 2017: Amit Mishra says spinners must have quality to succeed in T20 cricket

Speaking on the role of the youngsters and seniors in the side, he said, ” As far as the youngsters in the side are concerned, they hardly have any pressure over themselves. They have been given the freedom to play their game and express themselves. Seniors and mentors like Rahul Dravid are giving them the opportunities to perform. The same stands for the seniors. They have been advised on how to bat, but no extra pressure as such has been put over any player in the side. We have full faith and confidence on the players, and hopefully, they will perform in the upcoming games.”

Mishra also talked about the experimentation with the playing XI in the side. “It is the aim of every side to experiment as much with the batting line-up initially to create a good batting composition. The same stands for us. We did not over experiment with our playing XI last year. However, when the team is performing, especially in the T20, there is less scope for experimentation. Every player in the side is up for play, and no one has been said that they won’t be considered in the playing XI. We also consider individual planning before every game, before taking a final call on the playing XI,” he said.

Speaking on Zaheer Khan’s leadership, Mishra said, “Zaheer is undoubtedly one of the best bowlers in the side. However, the amount of games he has played with other captains of the side, the experience he has gathered is priceless. He can also suggest every player on what he can do best. He has watched most of the players playing in the IPL, therefore giving him a rough idea on how the others would perform. His experience matters a lot, and is perfect for DD as a captain.” 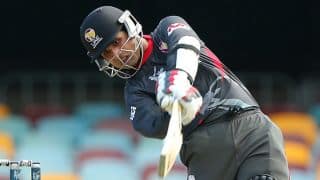