Indian Premier League (IPL) 2017 started with a bang. In the opener of this domestic spectacle, Sunrisers Hyderabad (SRH) edged past Royal Challengers Bangalore (RCB) by 35 runs, thanks to warhorse Yuvraj Singh s 27-ball 62. However, amidst the enthralling action, SRH s Ashish Nehra became the first southpaw (and eighth overall) to grab 100 wickets in IPL. Nehra took two crucial wickets of Shane Watson and Sreenath Aravind in his final over. All in all, his figures read 4-0-42-2. Be that as it may, Nehra achieved this feat in 83 matches. Taking wickets at an average of 23.4, he has one four-wicket haul to his name maintaining an economy of under 8 RPO, and that too in a batsman-dominated era. FULL CRICKET SCORECARD: Sunrisers Hyderabad vs Royal Challengers Bangalore, IPL 2017

Nehra started his IPL journey with Mumbai Indians (MI) in the inaugural season in 2008. In the very next season, Delhi Daredevils (DD) a franchise based out of his hometown, picked him up. And in the fourth season, after being bought by Pune Warriors, he remained out of action due to fractured finger on his right hand. Two editions later, he was back to donning DD s jersey.

All the same, Nehra prospered when Chennai Super Kings (CKS) invested as many as INR 2 crore on him, in 2014. In season 8, he scalped 22 wickets in 16 matches at a staggering average of 20, with an impressive economy of 7.2.

After CSK were banned for 2 years, SRH put INR 5.5 crore on Nehra in IPL 2016.He played a crucial role for the Hyderabad side who ended up winning the tournament. All in all, Nehra has played for five franchises since the inception of IPL. 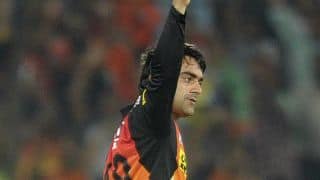