After Dwayne Bravo and Suresh Raina, former India pacer Tinu Yohannan also believes that Gujarat Lions (GL) fast bowler Basil Thampi will don the national colours soon. Yohannan believes that Thampi has shown a lot of promise in the recent past and has earned a spot in the GL side because of this. Yohannan was also appointed the coach of the Tamil Nadu Premier League (TNPL) side Ruby Kanchi Warriors. He has also welcomed the appointment of Dav Whatmore as the head coach of Kerala and believes that the Australian s appointment will change the mindset and confidence of the players. READ: IPL 2017: Basil Thampi will soon play for India, feels Dwayne Bravo

Talking about Thampi, Yohannan said, “He is a good prospect and is on a learning curve which would help him don the national colours. He is athletic, which is a key attribute for a fast bowler and looks quite strong,” Yohannan said in an interview to PTI. Welcoming the decision to appoint Whatmore as Kerala s head coach, the former Indian bowler said, “He is a wonderful coach and will make a huge difference to the players’ mindset and confidence and thereby help improve the team’s performance.” READ: Basil Thampi: IPL a good platform for young domestic players

Ruby Kanchi Warriors has Brett Lee as their mentor and Baba Aparajith as captain. Yohannan says doing well in the second edition of the TNPL is his top priority now. “It [role at Kanchi Warriors] will be a good opportunity to gain experience in coaching,” he said.

Yohannan played five Tests and five One-Day Internationals (ODI) for India between 2001 to 2002, picking up 5 wickets in both the formats. Yohannan is now a qualified Level I coach. BCCI refuses discount to makers of “Sachin: A Billion Dreams”; no concession for Tendulkar’s video footage 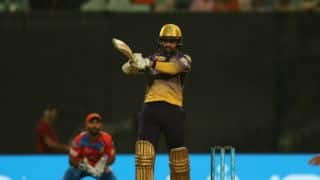