On Jadeja, Gujarat Lions assistant coach said he is a player who can bat, bowl and field.

Kolkata: Gujarat Lions assistant coach Sitanshu Kotak does not feel their bowling has been the reason for their poor run in the ongoing edition of the Indian Premier League (IPL) so far. On the contrary, the 44-year-old said the bottom-placed franchise has a better bowling line-up than last season. “When you are losing, everything goes against you. We have in fact a better pace attack this year with more options. When you’re losing you always feel something could have been done differently,” Kotak told reporters on Thursday on the eve of their tie against Kolkata Knight Riders (KKR) at the Eden Gardens here. FULL CRICKET SCORECARD: KKR vs GL Match 23

Gujarat have won just once in five matches, losing two matches on the trot coming into this game. When the two teams last met on April 7 in Rajkot, KKR made light of their bowling attack which is thin on international experience, drubbing them by 10 wickets chasing 184 for victory.

Since then the likes of Praveen Kumar, Dhawal Kulkarni, Basil Thampi and Shadab Jakati have failed to deliver the goods with Andrew Tye’s five-for which included a hat-trick against Rising Pune Supergiant the only exception. The introduction of in-form India spinner Ravindra Jadeja has not helped either, with the left-arm tweaker being taken to the cleaners by Chris Gayle in their previous encounter against Royal Challengers Bangalore.

“We have to keep fighting,” Kotak said when asked how they are plotting a turnaround after a woeful run. “Sometimes luck goes here and there and someone performs outstandingly. Sometimes you get two-three wickets in Powerplay…so you need to win back to back games and everything will fall in place,” he added.

On Jadeja, the former Saurashtra southpaw said he is a player who can bat, bowl and field. “He is best in all departments. Someone like Gayle, if he is on song he can hit any ball for a six. During the first few games he (Jadeja) was resting, and in the last game he had an average outing. But these players (Suresh) Raina, Dinesh Karthik and Jadeja are one of the best domestic players we have,” he said. 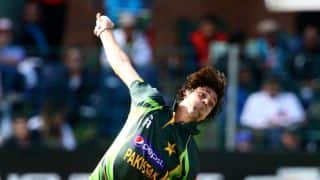