Chris Gayle calls himself an "easygoing person" who is very easy to deal with. The Jamaican also said that he loves to joke around and make people laugh

Chris Gayle is one of cricket’s greatest entertainers. On the field or off it, from smacking those sixes to his sense of humour, Gayle is one of the rare sportsmen who have a larger than life personality. Beyond those bulging biceps and bludgeoning sixes and his insane activities on social media, Gayle is a different sort of personality. In the latest episode of Life Beyond Cricket by Royal Challengers Bangalore (RCB), Gayle opens up and reveals many interesting things.

Gayle starts off with by saying that people usually judge him based on his social media posts and expressed, “Based on social media, everybody kind of judge me and say, they have a fair idea what Chris Gayle is like but I’m sure there’s more always more insight into in Chris Gayle’s life as well”

He calls himself an “easygoing person” who is very easy to deal with. The Jamaican also said that he loves to joke around and make people laugh and added, “I love to socialise as well. Not so much you know you’ll scale at the people get a chance to get beat up close and personal with Chris Gayle. But whenever anyone gets a particular turn they will see a different side of Chris Gayle. I love to run jokes as well love to clown around and love to make people laugh. That’s my objective to make people happy and be happy. I just love having fun, that’s the pretty much Chris Gayle story is going. I’m just very relaxed.”

Talking about his legendary parties, Gayle openly accepted that he is a party man and said, “The way they say, this is like Chris Gayle own RCB and keeping all the party. Basically, I am branded as a party man. That is okay, I do love to party. I am a West Indian, I love to have fun and that is in your nature, that is our culture as well. So you always know when to have a good time. But the parties have actually been on the quiet side since maybe last two years in the IPL as well.”

Gayle further spoke about the changes he felt in himself after becoming father and said, “It’s a great feeling to be a father. To be honest with you, change in life, something new in life but it’s very positive way forward as well. I’m really happy to actually take that challenge and it’s been great going so far. Last year, you know, that’s a break in IPL to actually witness the birth of my first pawn and you know well, she’s here now, so to get a taste of India as well. And she is loving it and we all love it. I’m glad that I actually got a chance to embrace them here in India as well.” When asked about whether Gayle is a strict father or not, he laughed and said, “She get away with a lot of things, that’s typically kid. I will never be a strict father. To be honestly, she is going to be spoiled because I am like a kid inside me as well. I love those sort of things. I love kids even before actually. I have lot of nieces and nephews as well, so I love spend time with them, I used to love to taking them to buy ice cream. Now, I have got my own, it’s going to be more fun.”

Very few people know about Gayle’s heart surgery in 2005. Gayle not only managed to overcome the hurdle but also emerged as a star player after the surgery. Talking about that story, Gayle said, “That was my first ever surgery in my career and when it’s career out of time a first, every night was scary because anything pertaining to the heart is all going to be scary. I went talking to doctors and get other information, it’s not life threatening and listening but it was affecting me while playing the game. It has to stop because the situation keep popping up so while at a Test match in Australia, I said I had enough and that’s when I did the surgery.”

After the surgery, Gayle accepted that he felt like he cheated the death and added, “But after I’ve done the surgeon, who would put to sleep yeah, then I wake up, I didn’t even tell my parents I was doing the surgery. When I get it, I felt like I thought I cheated death at a particular time and it was something scary for me. Then I called them and told them, what just happened. It was such a touching story and speaking of this last surgery now, as I’m speaking now my brothers in the hospital for a heart problem as well. His heart should be at 60% but is actually at 21% right now.”

Gayle is only 3 runs away from becoming the first person to touch the 10,000-run mark in T20 cricket. Hope to reach this milestone soon in style. 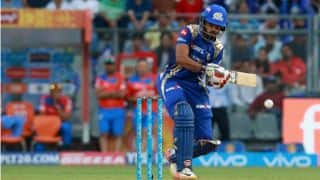 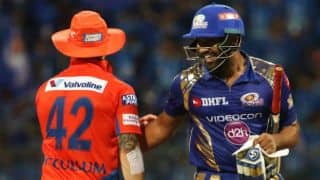