IPL 2017: Final of IPL 10 to be held at Hyderabad
By CricketCountry Staff

The Board of Cricket for Control in India (BCCI) on April 2 announced that the final of the 10th edition of the Indian Premier League (IPL) 2016 will be held in Hyderabad on May 21. The almost two-month-long tournament will begin on April 5 at the Rajiv Gandhi International Stadium when defending champions Sunrisers Hyderabad (SRH) will take on last year s finalist Royal Challengers Bangalore (RCB). The IPL follows a playoff system that favours the team that finishes higher up in the table. A team finishing in the top two gets two shots at qualifying for the final, while the teams finishing third and fourth need to win an eliminator and a qualifier to reach the final.

A reserve day is available for the Final but not the other three playoff matches, said the BCCI statement. The first qualifier is played between the top two teams in the league stage. The winners enter the summit clash while the losing team takes on the winners of the Eliminator played between the third and fourth placed teams for the other finalists slot in the Qualifier 2.

Qualifier 1, the match that will feature the top two teams from the league stage, will be held at the Wankhede Stadium in Mumbai. The only eliminator will have the third and the fourth team from the group stage and will be held at the M Chinnaswamy Stadium in Bengaluru. The second qualifier will have the winner of the eliminator and the loser of the first qualifier the winner of which will be the second finalist. It will also be held at Bengaluru. 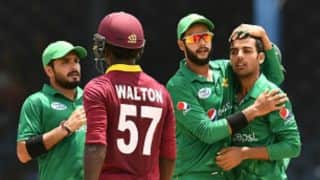