IPL 2017: “Have never wanted to be a fringe player”, says Kedar Jadhav after Royal Challengers Bangalore b

Kedar Jadhav, after his knock, said that he has never wanted to be a player who will just get into the side, but has rather wanted to be someone who leads his side to wins.

Kedar Jadhav‘s whirlwind knock of 69 runs helped Royal Challengers Bangalore (RCB) win their opening home game against Delhi Daredevils (DD) in Indian Premier League (IPL) 2017. After being placed precariously at 55 for 3, Jadhav ensured Challengers reached a par score of 157 runs. Jadhav accumulated 69 off just 37 balls, that included 5 fours and as many sixes. Jadhav, after his knock, said that he has never wanted to be a player who will just get into the side, but has rather wanted to be someone who leads his side to wins. Challengers beat Daredevils by 15 runs after Rishabh Pant’s heroics narrowly went in vain. FULL CRICKET SCORECARD: Royal Challengers Bangalore (RCB) vs Delhi Daredevils (DD), IPL 2017 Match 5

Speaking in the post-match press conference uploaded on iplt20.com, Jadhav said, “I have never wanted to be a player who will just get into the side, I have always wanted to be the player who will lead the side in matches with performances. This is how I train my mind and prepare. Whatever you are seeing is my approach and I am converting it.”

Jadhav credits his fitness to RCB trainer Shankar Basu after he missed quite a handful of matches for the side last year. “I lost seven kilos, so the thing is I’m able to move faster. Fitness is a thing, you know, if you just look into the mirror and you gain too much confidence. So I guess that part has worked for me. I got enough time to train with our trainer, Shankar Basu and it has definitely transformed into my game. I am feeling much stronger, fitter so that has definitely helped me, I guess.”

Jadhav also feels that his time in the domestic circuit has helped him a lot in making his batting more orthodox and gripping.

“I get to face more balls when I bat higher. As a batsman, you always try to get as many balls you can get so that you can score more runs. I am in a phase where I am hitting the ball well. The experience part is also there. I have been playing First-Class cricket for past ten years. Everything is going for me. I can [get the] best out of me as long as I am facing more balls. It is the management’s decision to bat me higher, and I am supporting them with performances like these,” Jadhav explained. 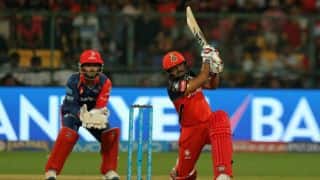 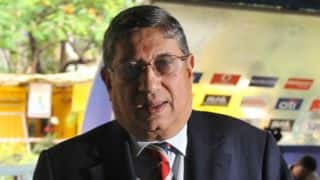 BCCI adjourns SGM after N Srinivasan, Niranjan Shah among others mark their attendance