A total of 28 out of 63 released players are from overseas and the team which has released most number of cricketers is Rising Pune Supergiants (RPS).

As the year 2016 is moving towards its final days, the preparation for next season of Indian Premier League (IPL) year has begun. The 2017 edition of IPL will be the 10th season of this cash-rich cricket tournament. The preparation starts with the retention and release of players across the 8 teams. A total of 63 players have been released from all franchises, which includes many big stars such as Kevin Pietersen, Eoin Morgan, Dale Steyn, and Trent Boult. A total of 28 out of 63 released players are from overseas and the team which has released most number of cricketers is Rising Pune Supergiants (RPS). They released 11 players, which included 6 overseas cricketers and big names like Kevin Pietersen.

The upcoming season of the IPL will not feature any new team apart from Rising Pune Supergiants and Gujarat Lions. RPS and Gujarat Lions were the teams introduced in the tournament for the first time in 2016 edition in place of Chennai Supers Kings and Rajasthan Royals. After RPS, Royal Challengers Bangalore (RCB) are the next to release most number of cricketers. They let go a total of 10 players and seven of them are Indian. The biggest surprise in the list of released players was Pawan Negi, who got the highest bid as an Indian player in previous edition of IPL auction. Negi was bought for INR 8.5 crores by Delhi Daredevils in previous season.

Among the overseas players, Mitchell Johnson is the highest bid player to be released among all. Johnson was bought for INR 6.5 crores by Kings XI Punjab. The below table will give the clear picture of players who got released from each teams:

It will be interesting to see which player will find their next buyers in the next auction, which is expected to take place sometime in February 2017. The next IPL season will be the second and last appearance for Rising Pune Supergiants and Gujarat Lions, unless BCCI and IPL Governing Council decide to retain them on the return of Rajasthan Royals and Chennai Super Kings. 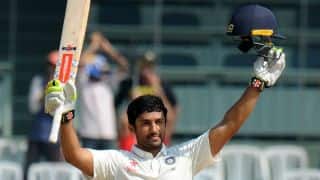