Chasing a record target of 231, Mumbai Indians fell marginally short as they made 223 for 6 in their 20 overs.

The game was far from over as far as the IPL table-toppers Mumbai Indians were concerned. Lendl Simmons is one of the best strikers of the ball and Parthiv Patel has been turning up with those blazing innings more often than not. Simmons set the tone on the first ball itself that he flicked towards the leg side, but KXIP bowler Sandeep Sharma did well to not allow any more room in the remainder of the over. FULL CRICKET UPDATES: Mumbai Indians (MI) vs Kings XI Punjab (KXIP), IPL 2017 Match 51

It was Parthiv who opened up in the second over, getting a hat-trick of boundaries off Matt Henry. After 2 overs, Mumbai Indians had garnered 23 runs and ominous signs were there for KXIP to note. KXIP, on their part, did extremely well to keep Mumbai Indians under control for the next 2 overs but not for long.

Ishant Sharma was introduced into the fifth over of the innings and was hit for 3 fours. In the next over the last of the batting powerplay Simmons smacked two sixes off Mohit Sharma to take Mumbai Indians to 68 for no loss.

A chance came KXIP s way when Simmons danced down to smack Akshar Patel over long-off, but Mohit covered some distance and even got his hands on the ball. However, Mohit spilled the opportunity and soon Simmons completed his half-century off 27 balls by hitting the leg-spinner for a six over his head.

Glenn Maxwell brought himself on in the eighth over of the innings, and did a fine job by allowing Mumbai Indians a mere 5 runs. However, Parthiv soon made it up with three consecutive fours off Mohit in the next over, but fell right after as he ended up hitting high in the air and the fielder at cover claimed a simple catch.

Simmons was dismissed soon, and complete credit goes to Martin Guptill for providing his side the second breakthrough. A full toss from Maxwell was set to clear long-on, but Guptill timed his jump perfectly, and took a splendid one-handed catch to jolt Mumbai Indians.

Mumbai Indians were rocked twice in quick succession, with Rohit Sharma (5) and Nitish Rana without making any significant impact. Rohit fell to a leg-spinner once again when he mistimed a stroke off Rahul Tewatia to fall for a 7-ball 5 in the 12th over of Mumbai s chase. In the next over, Rana, who has witnessed a sudden loss in form, fell for a run-a-ball 12, leaving the rest with a lot to do.

Pollard and Hardik got together to take Mumbai ahead. Both the batsmen hit a six each, off Tewatia in the 14th over. Hardik smacked a six off Akshar in the 15th over, and that marked the beginning of the onslaught. Mumbai added 27 runs off Henry s 16th over, with both Pollard and Hardik hitting 2 sixes each.

Wankhede Stadium went into deep silence when Hardik chased one outside off Sandeep, and Wriddhiman Saha showed once again why is he the best wicketkeeper in India. The ball was flying low and on his right, and Saha put in a perfect dive to take a terrific low catch. Hardik fell for a 13-ball 30, studded with 4 sixes.

Pollard was still there, and he cracked a powerful four off Sandeep when the bowler came around the wicket. Sandeep made the same mistake again, bowled fuller, and Pollard sent it flying over the ropes for a six. Much to the agony of the team battling for its existence in the tournament, Karn Sharma hit a four off the last ball to make it 17 off the over, with 39 runs needed off 18 balls.

Maxwell had done a terrific job till then, but a mistake from him in the deep not only ended up in a dropped catch, but the ball went past the ropes for a six. Mohit then gave too much width to Karn, who got consecutive boundaries in the 18th over. However, the bowler had the last laugh when he rolled his wrists to deliver a ball much slower than what Karn expected, off which the batsman was cleaned up for a 6-ball 19.

It all came down on Pollard, as Mumbai needed 23 off the last 12 balls. To their credit, Sandeep and Mohit bowled excellent lines and cut down the shots for Pollard, who even tapped the bat short to return to the strike in the final over. Pollard scored a 24-ball 50 not out with 5 sixes and 1 four, but unfortunately for him, Mumbai Indians could not achieve the desired result.

Had Mumbai Indians chased the target of 231, it would have been the highest successful chase in the history of IPL.

Earlier in the contest, Saha batted through for KXIP innings scoring 93, who also found heroes in Martin Guptill (36), Glenn Maxwell (47) and Shaun Marsh (25) who made vital contributions. 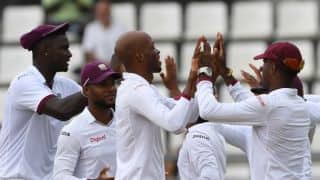