Delhi Daredevils (DD) will host Kolkata Knight Riders (KKR) in Match 18 of IPL 2017 at Feroz Shah Kotla in Delhi. Both teams, who are placed on No. 2 and No. 3 respectively, will fight for the top spot in the IPL 10 points table. KKR began their campaign on a high note with Chris Lynn being the star. Since then, KKR have lost one away game and won two matches at their own den in Eden Gardens. The live cricket telecast of all the matches of IPL 10 will be available on Set Max, Sony Six, Sony Six HD, Sony ESPN and Sony ESPN HD. The live online streaming of all the IPL 2017 matches will be available at ESPN, SonyLIV and Hotstar. Full Cricket Scorecard: Delhi Daredevils vs Kolkata Knight Riders, Match 18 at Feroz Shah Kotla

KKR s batting, despite the absence of Lynn, has come out good. Gautam Gambhir s experiment of bringing Sunil Narine to open the innings has had mixed results. Manish Pandey has also maintained his consistency. One could also see glimpses of Yusuf Pathan s big shots after not being able to chip in with a lot of runs in the previous matches. In the last game for KKR, it was Robin Uthappa who made his presence felt with a match-winning knock of 68 off a mere 39 balls against Sunrisers Hyderabad. If the pitch is towards the slower side as seen versus Kings XI Punjab (KXIP) match, the chances of Shakib-Al-Hasan playing his first IPL 10 match might be on the cards.

DD, on the other hand, have two wins in three matches played. DD s strength lies in their formidable bowling attack that comprises of Chris Morris, Zaheer Khan, Pat Cummins, Shahbaz Nadeem and Corey Anderson. DD would also not want to tinker much with their batting-unit, with a century coming from Sanju Samson, and Sam Billings getting a fifty in the previous game. Rishabh Pant, Anderson and Morris hard-hitting skills have kept DD at ease. However, Karun Nair s poor run matches maybe worrisome for DD.

In terms of head-to-head record, KKR have an upper hand as they have won 4 of their 6 matches in Delhi. DD would want to break the jinx and continue their winning momentum at home. 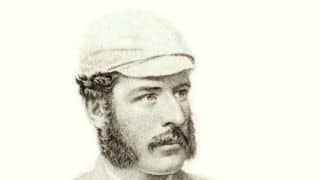