Gujarat Lions (GL) will square off with Kolkata Knight Riders (KKR) in Match No. 3 of Indian Premier League (IPL) 2017. The live cricket telecast of all the matches of IPL 10 will be available on Set Max, Sony Six, Sony Six HD, Sony ESPN and Sony ESPN HD. The live online streaming of all the IPL 2017 matches will be available at ESPN, SonyLIV and Hotstar. KKR, in the last five seasons, have won their opener. Gujarat Lions, on the other hand, won the two matches they played against Gautam Gambhir s knights. Whether KKR will continue the trend or GL will break it, is a question only time will tell. Full Cricket Scorecard, Gujarat Lions vs Kolkata Knight Riders, IPL 2017, Match 3

KKR will miss the services of Shakib Al Hasan, who participated in the second and final T20I against Sri Lanka in their own backyard. In addition, Umesh Yadav will be out for a few matches citing fatigue and injuries. Besides, Sunil Narine won t be available as well. For that matter, Chris Lynn, Chris Woakes, Trent Boult and Nathan Coulter-Nile are likely to be the four players for KKR.

For GL, Ravindra Jadeja and Dwayne Bravo join the ever-growing list of injured players. GL are likely to add Brendon McCullum, Jason Roy, Aaron Finch, and James Faulkner as the overseas players to their armoury.

Given this will be the last edition for the Gujarat-based franchise, they will leave no stone unturned to start off the campaign on a winning note and gain the much-needed momentum. Meanwhile, KKR have the won the title twice and know how to prevail even from the toughest of situations. 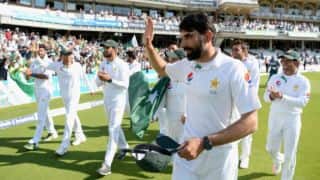 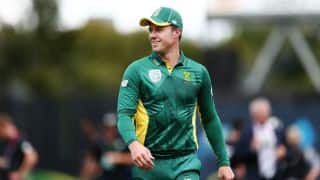