The Indian Premier League (IPL) 2017 finally reaches the iconic Eden Gardens in Kolkata, the home ground of the Kolkata Knight Riders (KKR) where they will take on Kings XI Punjab (KXIP) in Match 11. KXIP have surprised many with their efficiency and are currently placed at the top of the IPL 10 points table. Meanwhile, KKR have had a mixed journey so far. The live cricket streaming of the KKR vs KXIP match will be available on Hotstar. The live telecast will be available on Sony Six and Sony Six HD in English, along with Hindi commentary on SET MAX, while SONY ESPN and SONY ESPN HD will telecast it in Tamil, Telugu and Bengali commentary as well. Full Cricket Scorecard, Kolkata Knight Riders vs Kings XI Punjab, IPL 2017, Match 10

Heading into their first home match, KKR are the latest to be struck by injury as Chris Lynn injured his shoulder in previous match against Mumbai Indians (MI). However, KKR are bolstered with the arrival of Shakib-Al-Hasan and Umesh Yadav. KKR might want to work on their bowling end as well after leaking 60 runs off the final 4 overs against MI. As for their batting, with doubts lingering over the availability of Chris Lynn, focus will be on skipper Gautam Gambhir, Robin Uthappa and Manish Pandey. For KXIP, it has been an all-round show that has helped them earn two victories in this edition so far.

Akshar Patel along with Sandeep Sharma and Varun Aaron has been economical. Hashim Amla s form at the top-order and Glenn Maxwell s quickfire innings have anchored the innings twice previously for KXIP.

With the head-to-head record favouring KKR, KXIP have task on their hand. The home record is even better for KKR as they have won 6 out of 8 matches against Kings XI Punjab. 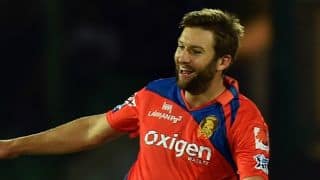 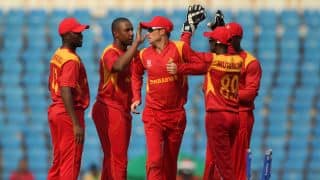