One of the most expensive franchises in the Indian Premier League (IPL), Mumbai Indians (MI) were sold to Reliance Industries Ltd. (RIL) for $119 in January 2008. RIL acquired the rights to own the franchise for 10 years, thereby being named Mumbai Indians . Although MI took 5 years to get into the race, eventually they won two titles in 2013 and 2015. They also went on to win the Champions League T20 in 2011 and 2013. Over the years, MI have seen change of leadership and support staff. The initial bunch of players included the best of the best like Sachin Tendulkar, Sanath Jayasuriya, Harbhajan Singh, Lasith Malinga, Shaun Pollock and Robin Uthappa. Some stayed along while some retired. Harbhajan and Malinga, who have stuck around for 10 years, will once again bring their experience to the table in the upcoming edition. Meanwhile, the change of leadership has also changed MI s fortunes. From Tendulkar to Pollock to Harbhajan to Ricky Ponting, MI continued to struggle. But they gained their lost mojo and found luck under Rohit Sharma. Mumbai Indians in IPL 2017, Preview: Rohit Sharma-led side on hunt for 3rd title

However, their weakest point has been an unstable playing XI and relying heavily on one-man show. During IPL 2017 auction, MI made some picks for every department that is already bolstered with the best players. However, MI would be happy to find their old heroes Mitchell Johnson and Saurabh Tiwary in their squad. MI have always given opportunities to budding cricketers and this time around Krishnappa Gowtham, Kulwant Khejroliya, Asela Gunaratne are few of them who have the opportunity to shine. But the focus will be on MI s biggest bid Karn Sharma, who had a forgettable season last year for defending champions Sunrisers Hyderabad (SRH).

Apart from the players, MI s coaching staff has also seen some changes. Their bowling coach ranged from Pollock to Anil Kumble to Shane Bond. Meanwhile, their head coaches have also varied from Lalchan Rajput to Pollock to John Wright to Ponting. As Ponting s contract was nearing the end, Mahela Jayawardene was roped in as the head coach for IPL 10 and will be seen coaching a side for the first time. But their fielding coach Jonty Rhodes and batting coach Robin Singh have been the face of MI since its inception. RIL s Mukesh Ambani is the team owner while his wife Nita Ambani and son Akash look after the team s affairs. Their home ground is Wankhede Stadium in Mumbai, although last year due to drought MI had to play their matches at second home Visakhapatnam. 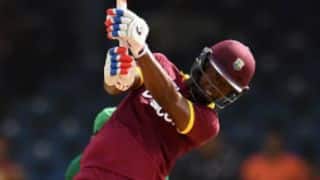 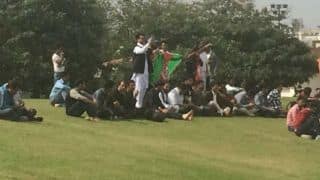