Kaif and Raina spoke at length to iplt20.com about their playing days for UP, Kaif s influence on India s fielding, Gujarat s performance in IPL 10 and a lot more.

Suresh Raina and Mohammad Kaif go back a long way. Both have been excellent servants of Indian and Uttar Pradesh (UP) cricket. Having played a lot of cricket together in last 12 odd years, the two have now joined forces at the Indian Premier League (IPL) franchise Gujarat Lions (GL). While Raina has been leading the side, Kaif is the assistant coach of the Rajkot-based franchise. After GL s win over the Royal Challengers Bangalore (RCB) in Bengaluru on Thursday, Kaif and Raina spoke at length to iplt20.com about their playing days for UP, Kaif s influence on India s fielding, Gujarat s performance in IPL 10 and a lot more.

Kaif took the role of the moderator and asked questions to his junior Raina, starting with their playing days for UP and the memorable Ranji Trophy 2005-06 win. We have played so many matches together for UP, India A, India. But that 2006 Ranji Trophy win remains special. Kaif bhai batted so well in the final (92 and 109) and we became Ranji champions for the first time. Winning it for the first time was similar to winning a World Cup at home, said Raina, who himself played a pivotal role in that win over Bengal by scoring 90 and 52 in the match.

Raina went on to praise Kaif, calling him one of the nicest guys around. I ve played a lot with him, and the best thing about Kaif is that he is one of the nicest persons. He gave me and a lot of other youngsters like Praveen Kumar, Piyush Chawla, RP Singh, Sudeep Tyagi and Bhuvneshwar Kumar a lot of confidence, Raina said.

Kaif started playing for India in 2000 and inspired a whole new generation of youngsters to believe they can achieve the same. Raina is one player from that generation. Particularly impressed by Kaif s fielding, Raina said, Kaif played for India those days and we used to come to Kanpur boarding school to watch his fielding. I think John Wright must be pleased to have him in the side, as he would save a lot of boundaries, cut the singles. I still remember the brilliant run out he did against England (Nick Knight) in World Cup 2003.

Responding to the praise from Raina, Kaif said, Only players can make a captain look good on the field, and I was fortunate to have the likes of Raina, RP, Praveen, Chawla and Bhuvi in my team, who could go on to win matches for the team on their own.

Raina though continued with his praise for the Gujarat Lions’ assistant coach, adding, Kaif is my idol. We used to stand in the slips together and take lot of brilliant catches. I have learned how to celebrate catches from Kaif. The intensity he brought to the fielding drills, I have never seen anything like that. The momentum from practice sessions does come to the games, and that is something I have learned from Kaif. He brought the craze for fielding among Indian players and with it the belief that if he can do, we too can. It was definitely a turning point in my life.

There was a new rule of Super-Sub and I would be the 12th man who was brought in for fielding. Kaif and I saved a lot of runs for Rahul Dravid, he added.

Kaif also gave it back by praising Raina. I have seen Raina bat in IPL in last 10 years. He is a match-winner and can win you games on his own. He especially plays well in big games, he said.

The conversation then shifted to the ongoing season of IPL, where Gujarat are currently at the sixth spot in the points table after 3 wins from 8 games. They are now in a position where they need to win all the games to make it to the playoffs. Raina, however, expressed confidence that his side can achieve the same. We have a dangerous side, right from the top; Baz, Smithy, Ishan, Jadeja, Finchy, myself. We were searching for the right combination and have finally found now. Nathu, Thampi, Ankit Soni, all have done well to make their chances count. We can still make it to the playoffs from here. It is about belief. We have done well in all the departments: fielding, bowling and batting. We have chased well. So if we keep believing in ourselves, we will definitely make it to top four, Raina said.

Commenting on the IPL, Raina said, In IPL, it s important to just hang in there, stay positive, disciplined with your travelling plan, your sleep, how you train et al. This guy [Kaif] has been working really hard with us. 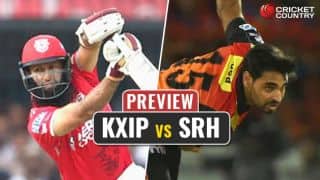