Akila Dananjaya made his Vivo IPL 2018 debut in the match 9 for Mumbai Indians (MI) against Delhi Daredevils (DD) replacing Ben Cutting. MI has had problem with the fourth foreign player since the start. It was Mitchell McClenaghan in the first game who was replaced by Cutting in the second and now Dananjaya gets that spot.

Dananjaya has not played many matches for Sri Lanka in the shortest format of the game. He only played 15 matches taking 12 wickets with an economy of 7.78. In the Nidahas Trophy he did not perform very well picking up only four wickets in four matches. However, with Mayank Markande in the side he will be the senior spinner because of his experience. Can he fix the spot of the fourth foreign player in the squad? Mumbai and Delhi are still to open their account in the IPL 2018. With the game being played at Wankhede, Mumbai have a better chance. 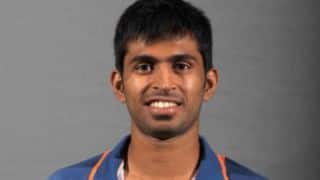