IPL 2018: Amitabh Bachchan thrilled by quality of cricket in league

IPL 2018: Amitabh Bachchan thrilled by quality of cricket in league

The tone was set by CSK and MI, where the former snatched the game away from hosts in the opening match.

The VIVO IPL 2018 is almost half-way through and there have been several nail-biting finishes thus far. The fans have been entertained and the matches have been worth all the money. So many close finishes has left Bollywood star Amitabh Bachchan thrilled. The senior Bachchan has been closely following the IPL matches. He had even attended the opening match between Mumbai Indians (MI) and Chennai Super Kings (CSK) along with son Abhishek Bachchan at Wankhede Stadium.

However, post the recent CSK and Royal Challengers Bangalore (RCB) run-fest and Sunrisers Hyderabad (SRH) leaving Kings XI Punjab (KXIP) stunned defending a paltry 132, Amitabh Bachchan could not contain his excitement. He, as always, expressed his emotions over Twitter:

T 2786 – It has to be said .. this season of the IPL is something else .. a revelation .. what games .. what incredibly exciting results .. almost every game a tense last over finish .. BAADDUUUMBAAA .. !! pic.twitter.com/KkbJSqRQZI

The tone was set by CSK and MI, where the former snatched the game away from MI in the opening match in the penultimate ball of the game. 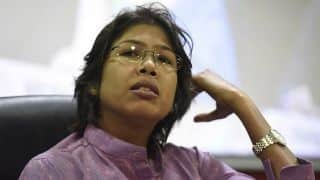