Ravichandran Ashwin has played for Chennai Super Kings and Rising Pune Supergiant in the past IPL edition.

Ravichandran Ashwin was brought by Kings XI Punjab for a whopping amount of INR 7.6 Cr. Ashwin’s auction started with a bid war between Chennai Super Kings and KXIP, with RR joining in soon. Ashwin so far has played 111 IPL games and has 100 wickets to his name. Ashwin has played for CSK and Rising Pune Supergiant. His base price was set at INR 2 Cr.

Ashwin tweeted after the auction as well.

The auction is always a house of casino, I am happy that @lionsdenkxip will be my new home and thank you so much @ChennaiIPL for all the great memories. #IPLAuction

After a two-year exile, CSK and Rajasthan Royals RR are back in the fray. The table illustrates the current situation. 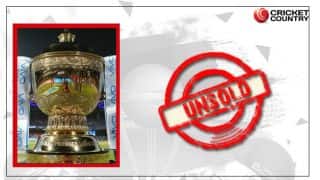