The Day Two of the auctions will get bigger and better as several overseas and Indian players are yet be sold.

The Day One of 2018 IPL auctions saw over 580 players go under the hammer that includes a culmination of world cricket s top players and emerging talents. There were over 78 players who were sold of which 29 were overseas players. Each team can purchase only 8 overseas players in their 25-member squad. Ben Stokes asusual has been the top buy of this season so far for INR 12.5 crores. Considering there is not Rising Pune Supergiant (RPS) anymore, comeback team Rajasthan Royals (RR) have bagged Stokes services.

Following him, the remaining overseas players who were sold for INR 9 crores bracket were Australia s Chris Lynn, Mitchell Starc, Glenn Maxwell and Afghanistan s Rashid Khan. Amongst the Indian players, it is a tie between KL Rahul and Manish Pandey who were bid for INR 11 crores to Kings XI Punjab (KXIP) and Sunrisers Hyderabad (SRH) respectively. Following them was all-rounder Krunal Pandya who was retained by Mumbai Indians (MI) through RTM for INR 8.8 crores.

After the completion of Day One of auctions, here is what the scenario of every team looks like: 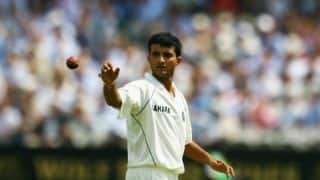